Grapevine police are looking for a thief who took advantage of the power outages and water shutoffs from last week’s storm.

GRAPEVINE, Texas - Grapevine police are looking for a thief who took advantage of the power outages and water shutoffs from last week’s storm.

A suspect caught on surveillance camera apparently broke into more than 40 apartment complex storage units last Friday night into Saturday morning. Many of the people who live at the Stoneledge Apartments had left because of power outages.

Around 2 a.m. on Feb. 20, a surveillance camera caught a man breaking into a storage unit at the Stoneledge Apartments. Within seconds, he noticed the camera and turned it around. But you could still hear him rummaging through the unit. 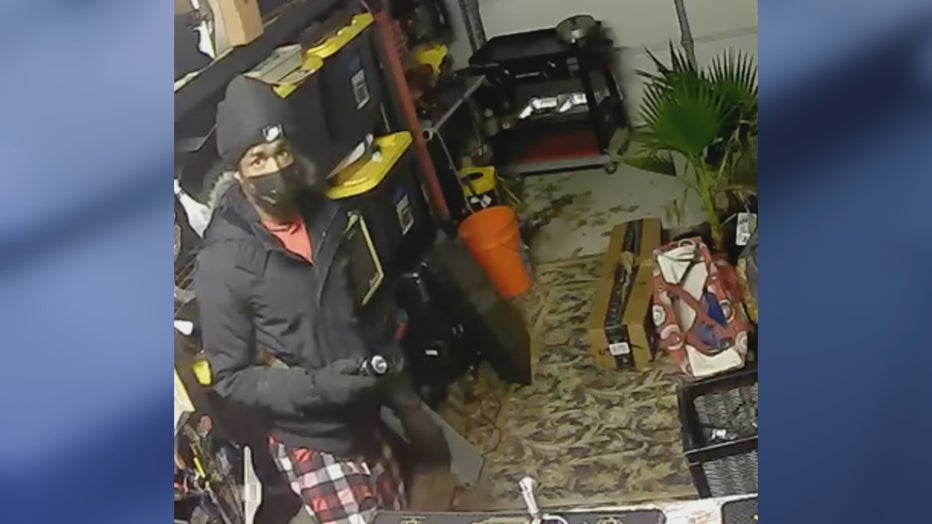 "To take advantage of people at a time when people have no power and they may have no water, it’s just despicable," said Amanda McNew with Grapevine PD.

Sometime the next morning, Grapevine police were called out to a car break-in in the area, noticing the lock cut off of a storage unit.

"And as officers came, they found more and more of the broken locks on the storage units and just discovered it was a lot of them. They found 42 that had broken locks," McNew said.

Police say the thief took electronics and even a TV all in one night.

"Absolutely, this is definitely a crime of opportunity," McNew said. "We’re looking at a thief who knew victims were gone, and it was a great time to take advantage of a lot of people in one shot."

Police say many residents left their homes during the storm.

"A lot of people had lost power, and then they had to shut off the water because of pipe breaks," McNew said. "So a lot of the victims were gone and weren’t there to protect their property or even know they’d been broken into. So they’re coming back now learning all of this."

Investigators are still trying to make a list of everything that was taken and match victims with property.

Residents are encouraged to make a report if they believe someone was rummaging through their unit, even if nothing was taken.

"There might be fingerprints or some other clues we could use to catch someone," McNew said. "It only takes one of these cases to find the person."

Grapevine police say there may be more victims. At this time, they only have one suspect on camera and aren’t sure if he may have been working with someone else.