GRAPEVINE, Texas - It was a history-making day for the Grapevine Fire Department as it welcomed its first father-daughter duo.

Morris Leondar has been with the Grapevine Fire Dept. for more than 25 years. He is also a proud father.

Marissa Sauble began her first shift with the fire department on Wednesday and worked alongside her dad, Leondar.

Sauble says she remembers her dad always coming to Career Day at school as a firefighter. She even borrowed some of his gear to dress up a firefighter for one Halloween.

Sauble says the turning point in her life when she decided she was going to follow in her father’s footsteps was after the terror attacks on September 11.

“I think that was a defining point in a lot of my generation’s decisions in career paths,” she said. “It’s always been a dream of mine, and today it’s happening.”

Leondar couldn’t be more proud of his daughter.

“At this point in life when my career is winding down, I think it’s awesome that her career is just winding up,” he said. 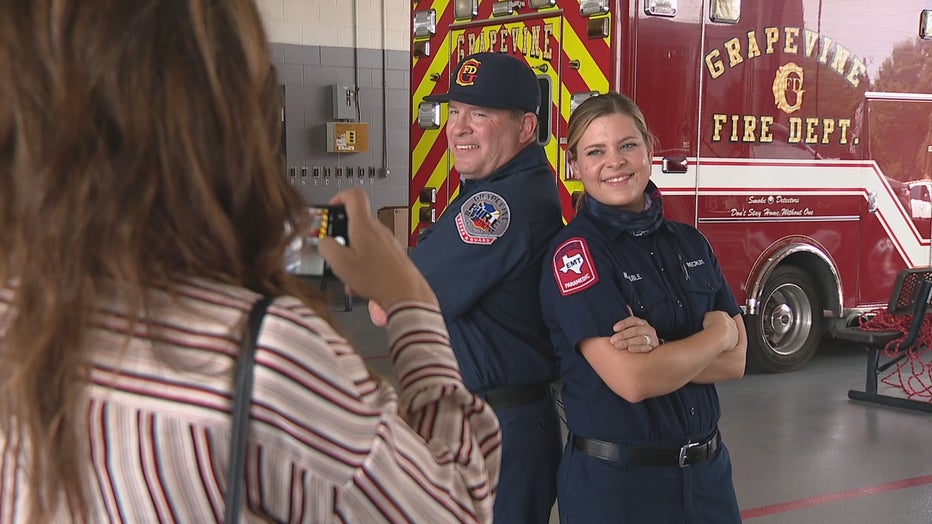 While this is the first father-daughter duo, the department has had fathers and sons, husbands and wives and brothers serving on the force together.