DALLAS - One year after Gov. Greg Abbott deployed Texas Army National Guard troops to the border, there is no indication he plans to draw down those resources.

There have been complaints about the focus of the National Guard mission and morale among troops. But the governor emphasized the drug seizures and illegal immigrant arrests he credits to the ongoing operation.

Gov. Abbott calls the deployment of the Texas Army National Guard troops to the border a success.

Several times during the Thursday news conference, he took jabs at President Joe Biden for not doing anything to help secure the border.

Abbott, of course, is running for re-election. One political scientist says Abbott is using events like this to talk about key Republican issues ahead of November.

It's been one year since Gov. Abbott deployed 10,000 Texas National Guard troops to assist DPS troopers at the border.

At a news conference Thursday, Abbott said the multi-agency response has made the border more secure. 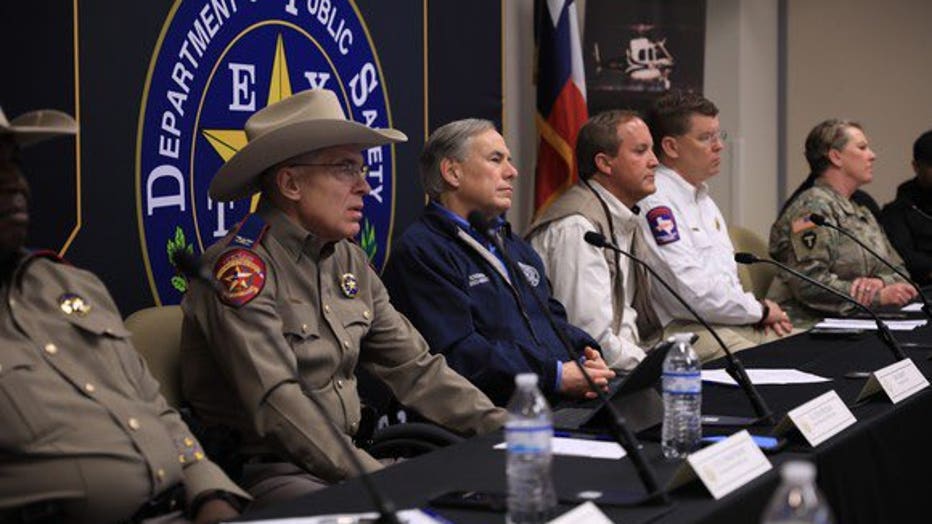 "Without the efforts of what we've put in over the past year, there would be millions of deadly drugs on the streets of Texas," he said. "There would be thousands more human trafficking victims."

Border security is clearly among the major talking points for Abbott's re-election campaign.

SMU political science professor Matthew Wilson says any incumbent benefits from being able to use their office to further their political career.

"Abbott knows that immigration is a really important issue to a lot of Texas voters," he said.

Wilson says Abbott is driving home issues that are key to Republican voters.

"This is an issue on which Republicans feel like they have the advantage as long as they don't push too far and appear to be cruel or callous towards people at the border," he said.

Democratic challenger Beto O'Rourke held a roundtable discussion Thursday with doctors and nurses, asking them about the challenges people living in rural communities face in accessing healthcare. It’s one of his key campaign issues.

"It's because you care about people and making sure they get the best treatment that they can get," he said.

Another key issue for O’Rourke is the ongoing criticism of Republican leadership during the winter storm power failure. It appears to be his strategy for cutting into Abbott's sizable advantage.

Wilson added that it's smart for Abbott to highlight border security because it encompasses crime and drugs.