On Thursday, Texas Governor Greg Abbott limited counties to one absentee ballot drop off location, for voters concerned their mail-in ballots won't come in on time.

On Thursday, Texas Governor Greg Abbott limited counties to one absentee ballot drop off location, for voters concerned their mail-in ballots won't come in on time.

The move seems largely targeted at counties in the Houston and Austin areas.

But still, some county clerks and Texas Democrats are calling it an attempt at voter suppression.

One of the local election administrators said he is 100% certain that here in North Texas, the votes will be secure.

Gov. Abbott is limiting where voters can drop off completed mail-in ballots in Texas.

In Texas’ most populous county, Harris County, that means 11 of the 12 planned drop-off sites will disappear.

Travis County will lose half a dozen planned drop-off locations.

County clerks there are calling it voter suppression.

“This is a deliberate attempt to manipulate the election. If the governor was truly worried about this, he could have stopped this program more than a month ago,” Travis County Clerk Dana Debeauvoir said. 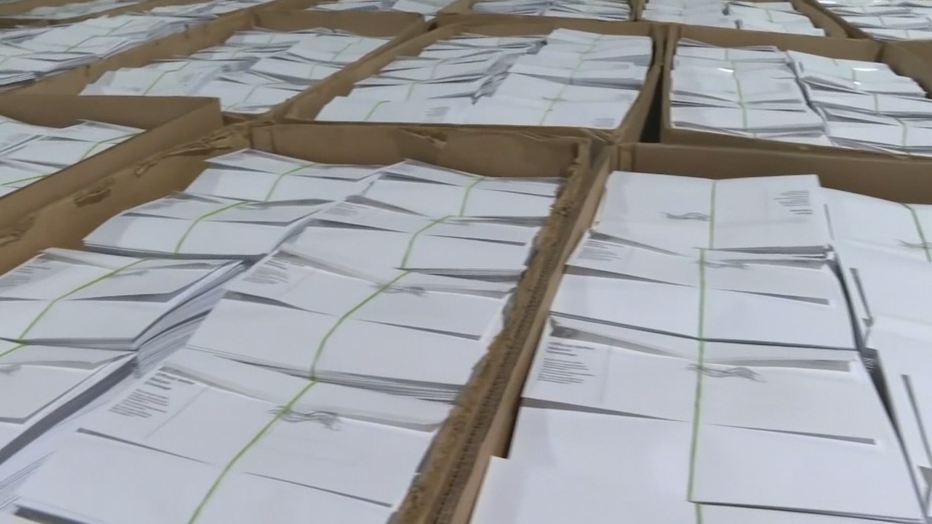 But in North Texas, because the elections code is different, elections administrators were already planning to have one central drop-off location for completed mail-in ballots for each county.

“We have a single office. There’s no question of where you have to take it,” Tarrant County Elections Administrator Heider Garcia.

Garcia is already praising the postal service for its quick service with mail-in ballots.

“We put 57,000 ballots in the post office on Friday, and we had people delivering them here, in person, in our office, on Monday,” he said.

To drop off a completed mail-in ballot in Collin, Denton, Dallas, or Tarrant counties, voters will go to the county’s main election office.

“We have our staff out there receiving those ballots. You have to show them your ID, prove to them that it is your own ballot, sign the roster and put it in the ballot box. I can tell you that the process that we have here is pretty secure and works pretty well,” Garcia explained.

Voters can also mail in a completed mail-in ballot.

Still, although there is no evidence that mail-in voting is anything but secure, some voters in Downtown Dallas are skeptical.

“In person and pray,” she said.

The League of United Latin American Citizens (LULAC) said it is filing a lawsuit against the state for the governor’s latest move, saying it reeks of voter suppression.

Dallas County Judge Clay Jenkins said Dallas County’s one drop-off site is safe, but questions why the governor is requiring two poll watchers from each candidate to observe ballot delivery, saying that puts election workers at risk of COVID exposure.