The governor prioritized law enforcement bills after the city of Austin cut and reallocated $150 million from its public safety budget.

The laws take power away from local governments.

The state's largest counties will have to get voter approval before cutting their law enforcement budgets.

"I want to make one thing perfectly clear: In Texas, we support the men and women of law enforcement. We do not demonize or defund them," Abbott said.

One law would impact cities larger than 250,000 people.

If a city like Dallas is deemed a "defunding municipality" by the governor's office, part of their sales tax will be taken. The city would also be banned from increasing property tax.

The other law applies to counties with a population of at least one million people. If a county government wants to reduce county law enforcement funding, it must be determined by a public vote. 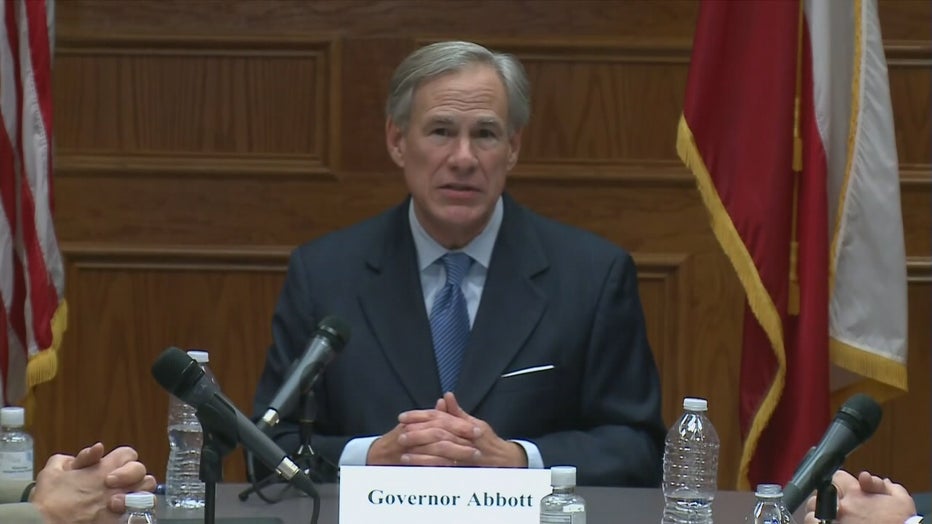 "Those local elected officials should be allowed to do what they think is best," said State Rep. Jasmine Crockett (D-Dallas). I think we can all agree we want to be safe."

Last year, the Dallas City Council voted to cut $7 million from the police overtime budget. The funds were moved to things like improving street lighting and other violence interrupter expenses.

Crockett, who as a civil rights attorney has represented clients in cases against law enforcement, says she agrees with what council did.

"Putting more money into police, making sure we have more police. That doesn't necessarily stop crime," she said. "What that does is get more law enforcement out there but finding those actual solutions so we can decrease the amount of people on the streets, using drugs so that there is no demand for drug dealers. Things like that."

Mike Mata with the Dallas Police Association says the financial target is on police and not just reallocating money. He says the Dallas Fire Dept. overtime budget is larger but was not touched.

Mata thinks there are issues like homelessness and drug addiction that can be improved outside of law enforcement.

"We cannot police our way out of those three areas," he said. "We need to find a better way, and it’s not taking money from public safety just to take it."

Many of the Dallas council members FOX 4 reached out to for comment on this law did not respond to our requests.