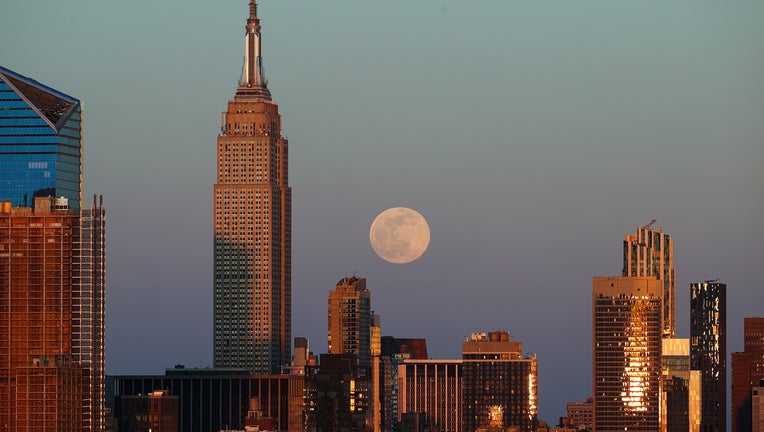 The first full moon of spring will shine this weekend, but don’t let its name fool you.

April’s full moon is known as the pink moon - named for the pink wildflowers that bloom in early spring in eastern North America, according to the Farmer’s Almanac. It's also linked to several major religious holidays, including Easter.

When to watch the 2022 full pink moon

The pink moon will light up by 3 p.m. Eastern Saturday, but you won’t be able to see it until after sunset. Sunset times depend on where you live; check your local forecast for sunset times. NASA says the moon will appear full for three days, from early Friday morning through early Monday morning.

RELATED: NASA will fly your name to the Moon and back on Artemis I mission

It won’t be a supermoon like it was for the past two years. Supermoons happen when the moon is full and its orbit is closest to Earth, making the moon appear slightly larger and more vivid. 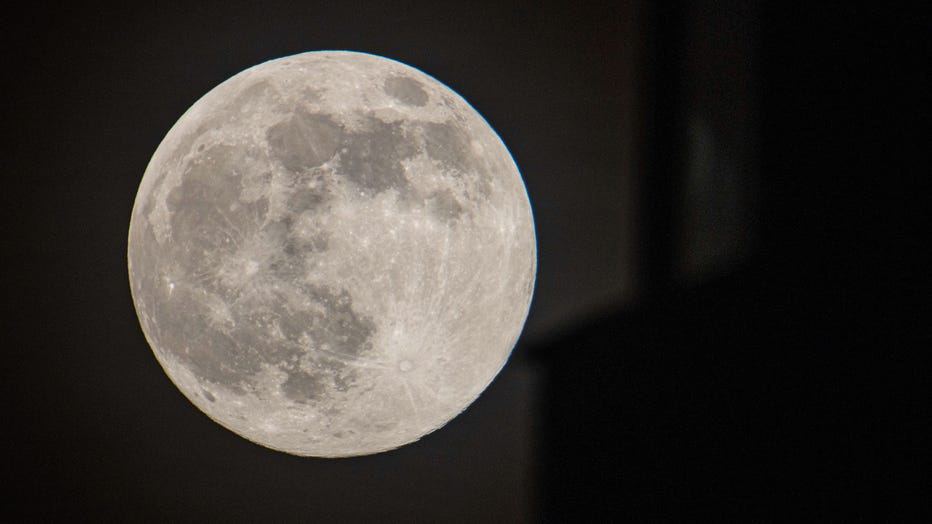 The Pink Supermoon of April 2021 as seen from the Dutch city, Eindhoven, The Netherlands on April 26, 2021. (Photo by Nicolas Economou/NurPhoto via Getty Images)

For the best views, the almanac suggests you find an open area at the time of moonrise, when the moon emerges above the horizon. That’s when it will look its biggest and brightest.

A moon with many names

This weekend’s moon is also the Paschal full moon for the Christian ecclesiastical calendar, or the moon cycle that determines when Easter will fall each year.

According to NASA, Paschal is a Latin version of the word Pesach, better known as Passover, a major Jewish holiday. This weekend’s moon - a moon with many names - is known as the Pesach full moon on the Jewish calendar to mark the start of Passover at sundown Friday, April 15.

For the Christian calendar, Easter falls on the first Sunday following the first spring full moon, or the first full moon to rise after the spring (vernal) equinox. This year it’s April 17th, but Easter can be as early as March 22 or as late as April 25 every year, depending on lunar cycles.

RELATED: Total solar eclipse 2024: next eclipse to stretch from Mexico to Maine

In Hinduism, this full moon is tied to Hanuman Jayanti, the celebration of the birth of Lord Hanuman.

For Buddhists, especially in Sri Lanka, NASA says this full moon is known as Bak Poya, to commemorate when the Buddha visited Sri Lanka and helped settle a dispute to avoid war.

May’s full moon will be a total lunar eclipse

Next month’s full moon, known as the "full flower moon," will also coincide with a total lunar eclipse. This happens when the moon fully enters Earth’s shadow, blocking much of the sun from lighting up the moon. The sun that does get through Earth’s atmosphere during the eclipse is what makes it appear red when you look up at the sky.

The eclipse will start the night of May 15 and peak just after midnight Monday, May 16.

The Moon moves right to left, passing through the penumbra and umbra, leaving in its wake an eclipse diagram with the times at various stages of the eclipse. (Credit: NASA)