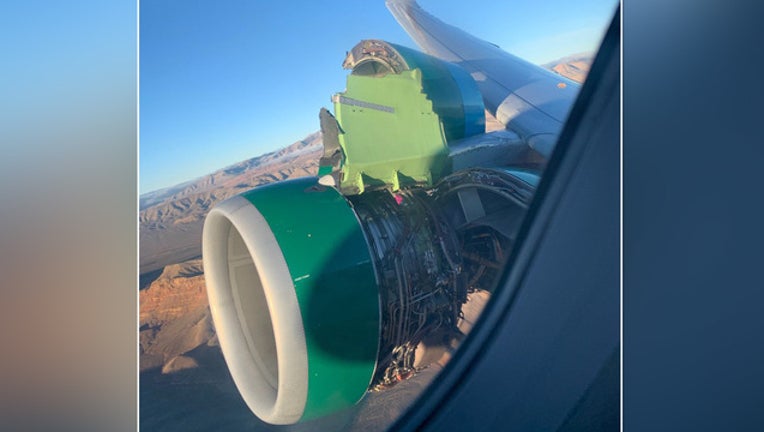 LAS VEGAS, Nev. (FOX 13) - A Tampa-bound Frontier Airlines flight leaving Las Vegas had to return to the airport minutes later because of an engine problem.

A passenger on board the plane took a photo of the cover of the engine, which had shredded off while Flight 260 was climbing into the air Friday morning.

Frontier confirmed the section of the engine cowling "came loose and separated from the aircraft," but said the engine continued to operate normally. The aircraft, which was an Airbus 320, landed safely, according to the airline.

There were 166 people on board the flight, according to FOX 5 in Las Vegas. No one was hurt.