At least four similar incidents have been reported to Frisco police in the last three months.

FRISCO, Texas - Frisco police are investigating multiple thefts in the Regents Park area that they believe could be related.

At least two incidents happened in September, with two more happening in November.

Two Frisco neighborhoods are on edge after four robberies that Frisco police believe are related, and the victims targeted were South Asian women in the 50s and 60s, who were wearing visible jewelry.

People in both neighborhoods said they are scared, and with their elderly parents in town from out of the country - who enjoy walking outside - they hope police catch the robbers soon.

"A quick walk now also could be dangerous, and that’s very concerning," one person who lives in one of the neighborhoods said.

In the first two incidents, on Sept. 13 and 27, the victims tell police they were walking near Regents Park when they approached by a black sedan, with a male driver.

A heavy-set white female got out of the car and started talking to the victims, according to Frisco police.

During the talk, the suspect tried to put something around the victims necks, before grabbing the gold chain the victims were already wearing. 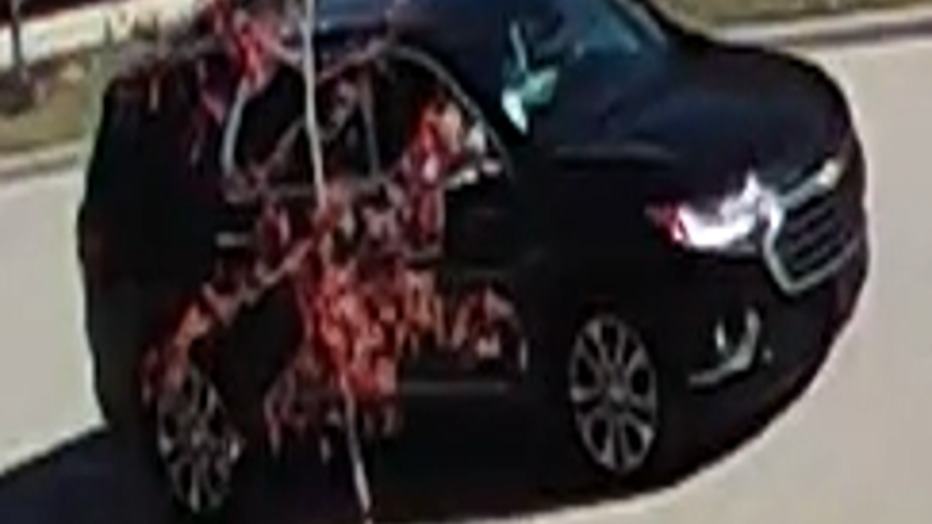 The latest incidents, on Nov. 20 and 22, involved a dark-colored SUV occupied by a heavy-set or pregnant white female passenger and a heavy set dark-skinned male driver in his 30s with short curly hair, according to police.

Frisco police said the incident on the 20th was on Bramble Mead Lane.

The male driver of the vehicle told the victim his wife was pregnant and that he needed to find a hospital. The female passenger then told the victim that she reminded her of her mother and gave her a gold ring and necklace. When the victim tried to give the items back, the female suspect hugged the victim, removed a gold necklace the victim had been wearing, and fled, according to police.

"That is a pattern, and it’s hard to ignore the fact that Indian parents have been involved for all of these," one person who lived in the neighborhood said.

The Nov. 22nd incident was in the area of Starry Night Lane.

According to the victim, the male driver of the vehicle told the victim his wife was pregnant and that he needed to find a hospital. Then a white female exited the car, asking the victim if she was Indian. The suspect then started hugging the victim and putting jewelry on her. When the victim said she didn't want it, the suspect took off the jewelry, including some that the victim was already wearing, according to police.

"It did bother me because it is someone I know. It’s really scary," said one woman who was walking her dog on Starry Night Ln.

These tight knit communities are telling everyone that if they see something, they should say something.

"Everyone is scared. We are really disappointed it’s not safe to walk around during the daytime," said one person who lives nearby. "Parents come all the time to visit and stay for months, and with things happening, you don’t feel safe anymore."

"Any car you feel is suspicious report it to them, because with the public awareness, they may switch to a new car," one person who lives in the neighborhood said.

Frisco police shared an image of the suspect vehicle, but it appeared to not have a tag on the front of the SUV, so it’s unclear if police have a tag number they are looking for.

Police are asking the public to be vigilant of their surroundings, avoid wearing visible jewelry and be aware if approached by unknown people.