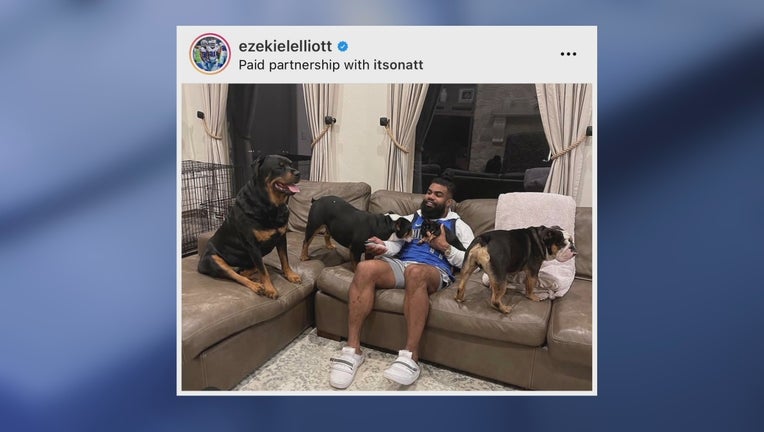 Police say one of the dogs, a Rottweiler, is now in a 10-day quarantine because it bit two people.

Police say Elliott was issued three citations for dog-at-large, one for each dog.

The two injured people were taken to the hospital with non-life-threatening injuries.

Last July, a pool cleaner filed a lawsuit against Elliott claiming she was attacked by his three dogs. The woman said it happened last March as she was cleaning the pool at his Frisco home.

The lawsuit claimed she was ambushed by a Rottweiler and two bulldogs, and her injuries required surgery.

At the time, Elliott's attorney said the player denied all wrongdoing.