Amber Freed’s 4-year-old son, Maxwell, was born with an extremely rare genetic disorder that has no cure, but there’s hope in a gene replacement therapy.

FRISCO, Texas - A Frisco mother is hoping for a cure to her son’s rare genetic disorder.

Doctors at UT-Southwestern are developing a therapy that could be the answer.

Amber Freed’s 4-year-old son, Maxwell, was born with an extremely rare genetic disorder that has no cure.

But there’s hope in a gene replacement therapy doctors are working on right here in Dallas.

"Like any mother, I decided to fight. I decided this was not going to be Maxwell’s story or my family’s story," Freed said.

Maxwell was born with a condition so rare that it doesn’t have a name beyond its genetic location, SLC6A1.

Freed started noticing early on that her son had strange movements and wasn’t developing like his twin sister, Riley. 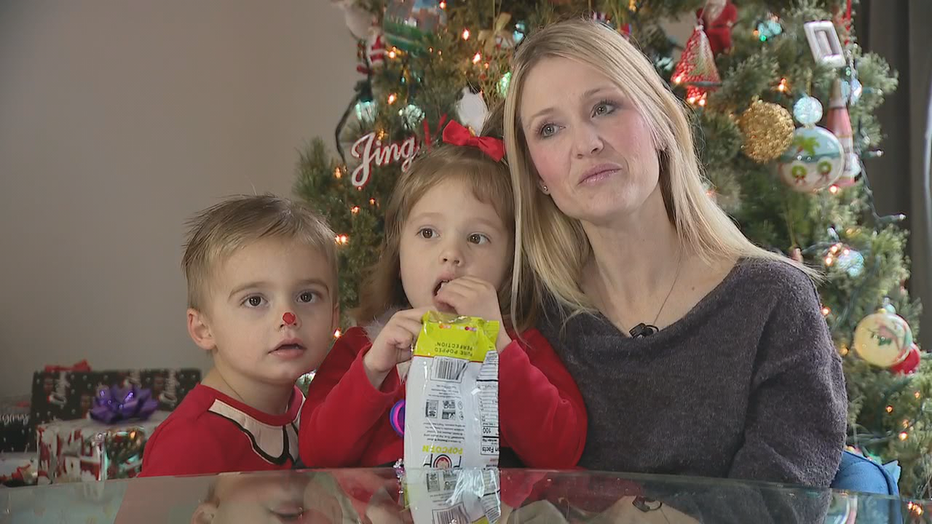 "The doctor said, no, Maxwell’s one of 34 in the world, he falls into the bucket ‘too rare to care’. Nobody can or will do anything about this disease," Freed recalled.

Doctors told the family that Maxwell’s disorder would lead to developmental delays and life-threatening seizures that have no cure.

"The problem is that he’s missing part of his DNA, so he’s never going to be okay until we replace that," his mother explained. "And as this disease progresses, he will develop a debilitating form of epilepsy which no drugs can treat it, and he’s going to lose every skill he hoped to gain."

Freed called scientists all over the world, finally connecting with Dr. Steven Gray at UT-Southwestern, who is working on a gene replacement therapy that could be the answer.

"This is something that kids are just born with due to just random mistakes in the DNA. No fault of the parents, no fault of anybody. It's just random bad luck," Dr. Gray explained.

"It would be a one-time injection and then the viruses would spread and deliver the gene to neurons and other cells that were missing, and then it would be kind of a permanent fix, to fix the DNA," Dr. Gray said.

Freed has since raised $3.5 million to help fund a clinical trial for the therapy through an online campaign and more than 75 fundraisers.

Click here for more information about the family campaign.

Her goal is $4 million by Christmas in hopes they can start human trials to help Maxwell and others soon.