Changes could be coming to health care access for veterans and for people who live in Garland.

GARLAND, Texas - Changes could be coming to health care access for veterans and for people who live in Garland.

The VA secretary said there were more than 1.5 million outpatient visits alone to VA facilities in North Texas.

He said the opening of this facility has led to a 40% reduction in ER visits among our veterans, but the Garland VA still lacks many of the resources offered in Dallas. Changes are in the works.

The Garland VA Medical Center is beginning to find its stride.

The $400 million former Baylor Hospital was donated to the Department of Veterans Affairs in 2020.

"Once you're in the system, they can really help you with your medical problems," U.S. Army Veteran Austin Sumner said.

Sumner said the Garland VA is much easier to access than the one in Oak Cliff, but there's a catch.

"They don't have all of the services here that they have in Dallas, so sometimes you have to go Dallas anyway," Sumner said.

That could change late next year.

"We are just in the early stages of getting this hospital fully operational and servicing our veterans in every single way," Representative Colin Allred said.

During a tour with VA Secretary Denis McDonough Friday, Rep. Allred said the hope is to expand, offering services like inpatient care for veterans and partnering with Dallas County for emergency room services for non-veterans.

It'd be a win for Garland residents too.

"I'm trying to see now if we can open the ER here at this hospital for the city of Garland that does not have an ER available now," Allred said. 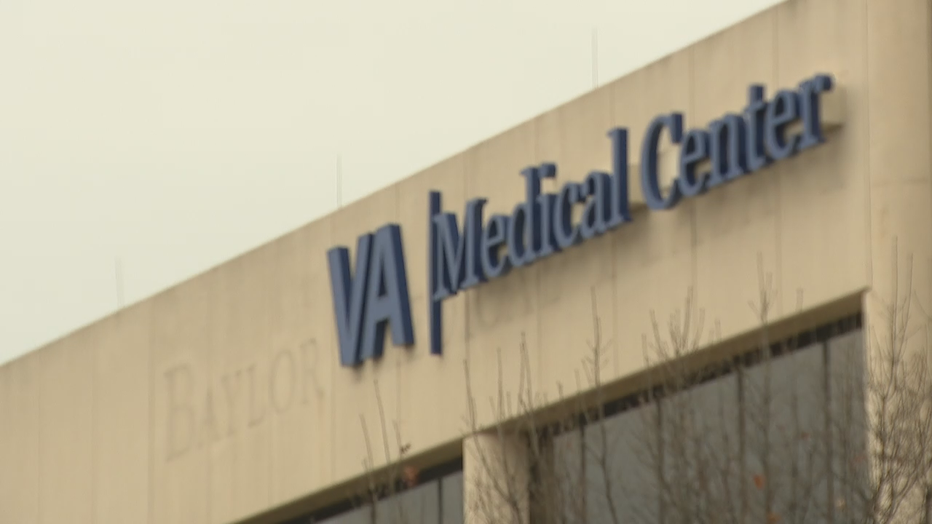 North Texas has the second-largest VA market in the country, with 200,000 enrolled veterans.

The Garland VA takes some of the load off the Oak Cliff facility, the second-busiest VA hospital in the country.

In addition to a future expansion of services at the Garland VA, Sec. McDonough announced that the Tyler Outpatient Clinic has finished a massive expansion.

"We anticipate this growth to continue over the course of the coming years," he added.

Local veterans are grateful for the upgrades.

"I just want to thank you for setting this facility up because without it, my life would be a lot more difficult getting to the Dallas VA," Sumner said.

Sec. McDonough said his office is increasing oversight and now has a new lead person in the Office of Information Technology, which should help.