MESQUITE, Texas - A Fox 4 investigation recently uncovered a new practice that is leaving apartment residents feeling like tow truck companies are targeting them.

Westlake Village Apartments in Mesquite is among those now requiring guests of apartment tenants to register their cars online in order to park.

“I did agree with it a first,” resident Umbria Clark said.

But Clark said she could not believe it when she discovered her friend's car was towed at the same time they were working to register it online with a website called Register2Park.

“The wi-fi wasn't working,” Clark said, “So I said, ‘Let's take a picture of the license plate and run in the house to do it.’ In nine minutes, I got it registered. We came back out, and it was gone.”

Capital Tow is the company that towed the car belonging to Clark's friend. It's the same company that runs the Register2Park website.

Clark filed for a hearing with Dallas County Justice of the Peace Katina Whitfield, but she could not award Clark any money.

“The time stamp on the tow was 10:23. The time stamp on her receipt was 10:25. Two minutes had passed,” Whitfield said. “The hardest part is having to explain to people that every tow is not an illegal tow. It may not be fair, but it's not illegal.” 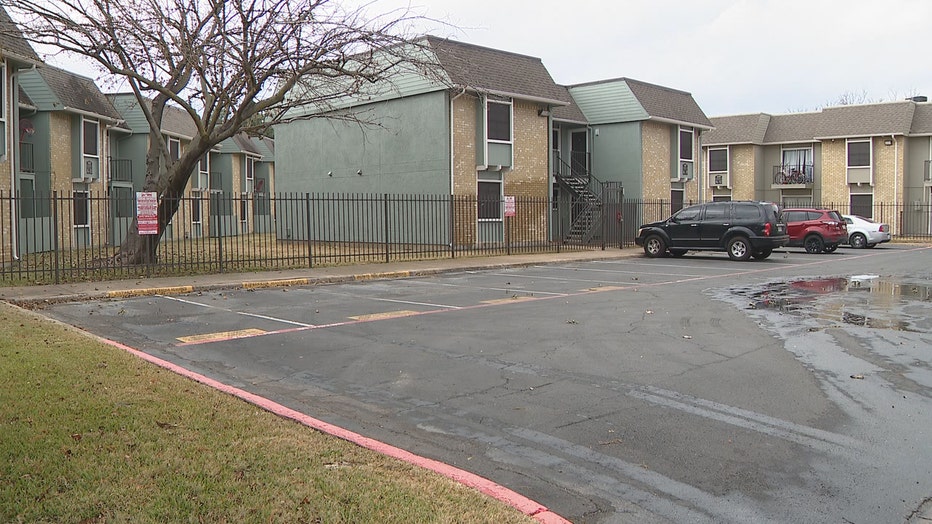 The new trend of apartment complexes partnering with website companies to monitor parking started after lawmakers outlawed another aggressive towing practice. That one required residents to get new parking passes every month or be towed.

“We said we thought it was unconscionable to have that kind of practice in the state of Texas,” he said. “We thought we had fixed the problem.”

But the Texas Legislature will not be in session for another year.

“Cities have the ability to regulate permits that apartments get,” West said. “Frankly, they have a whole lot of power they can exert in order to try to stop this practice. I look forward to working with them to do it.”

FOX 4 asked Mesquite Mayor Bruce Archer about the practice. He replied with an email saying: “Every city is largely preempted from regulating private property towing by state and federal law. This is not a city issue, but a private matter between the tenant, their guests and the apartment management."

FOX 4’s multiple messages by phone and email to Capital Tow were not returned.

Pace Realty Corporation owns Westlake Village Apartments. In a statement, they said: “Since we have started using Capital Tow and managing guest parking with Register2Park, residents have more space available for their use that is near their buildings."

While Clark agrees there are now more parking spaces, she feels like towing someone before they can even connect to Wi-Fi is cruel.

“We don't just have $300 to throw down the drain for nine minutes,” she said.

People who are concerned about the practice can reach out to state lawmakers and city council representatives.

A complaint can also be filed with the Texas Department of Licensing and Regulation.