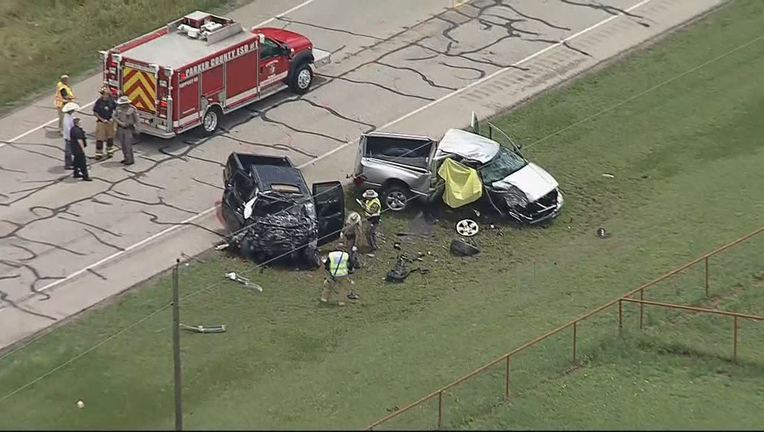 The wreck happened near Springtown and the Wise County border on FM 51 about 12:45 p.m.

Springtown police said two pickup trucks collided, but it's not known what caused the crash.

Each pickup had two people inside. Three of them died at the scene while the fourth died at a nearby hospital.

The identities of the victims will be released, pending family notification.

The investigation into the wreck is ongoing, police said.