Fort Worth is prepared to celebrate the Fourth of July with festivities and a fireworks show Sunday night.

FORT WORTH, Texas - Fort Worth celebrated the Fourth of July with festivities and a fireworks show Sunday night.

Organizers of Fort Worth’s Fourth said it would be the largest fireworks show in North Texas.

The gates opened at 6 p.m., and people then began flooding the banks of the Trinity River.

It was hot, so a main attraction was floating in the river to keep cool. People had to bring their own tube to float in the Trinity, but there was also be vendors and live music. 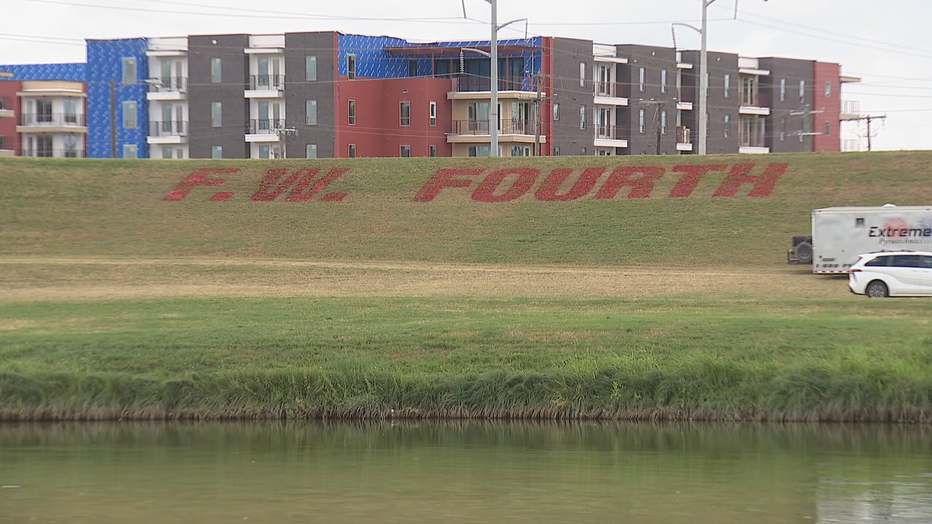 The team at Extreme Pyrotechnics lived on the grounds since Monday, making sure the show is set up.

They said they had about three tons of explosives ready to go.

The president and owner of Extreme Pyrotechnics, Mike Wagner, was out with his team Sunday afternoon putting on the finishing touches.

"This show has gotten bigger and bigger every year. Been doing it 12 years. Been adding mystery items. People notice the ones that come every year, the groupies I would call them. They don’t know whether to run to their car or run over here and save someone’s life because it’s that intense," Wagner said. "I can promise this is going to be loudest finale they have ever had at this show. That is all I can tell you."