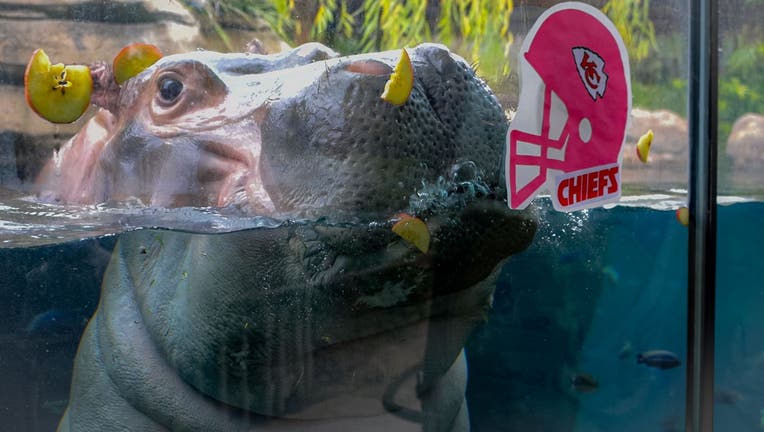 FORT WORTH, Texas - A hippopotamus at the Fort Worth Zoo has predicted that the Kansas City Chiefs will win Super Bowl LV.

Bubbles the hippopotamus, who is 9 feet long and 2,600 pounds, had a choice between apple slices with the helmets of each team stuck to her exhibit glass.

It took Bubbles about 30 minutes to make her pick, but after careful deliberation, she ended up choosing the Chiefs over the Tampa Bay Buccaneers.

Animals at the Fort Worth Zoo have been predicting the winners of the Super Bowl since 1998, though they’ve been on a bit of a cold streak, as the zoo’s animals have failed to predict the correct winning team the past six years.

Though Bubbles is in good company, as the Dallas Zoo lion cub trio also chose the Kansas City Chiefs to be Super Bowl LV champions.