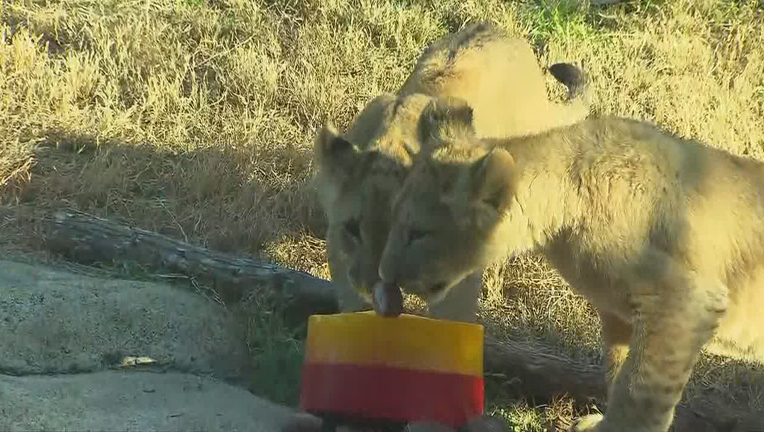 The cubs had a choice of frozen treats Monday themed for each team -- the Chiefs or the Tampa Bay Buccaneers.

The three slowly walked out and two of them immediately went for the Chiefs ice treat first.

The "treats" were made from Jell-O powder, dyed chicken broth and evaporated milk.

Not only are they apparently tasty, but the treats are used for enrichment which allows the lions to use their teeth and claws.

The five and a half month old cubs are the Dallas Zoo’s first litter of multiple cubs since 1974.