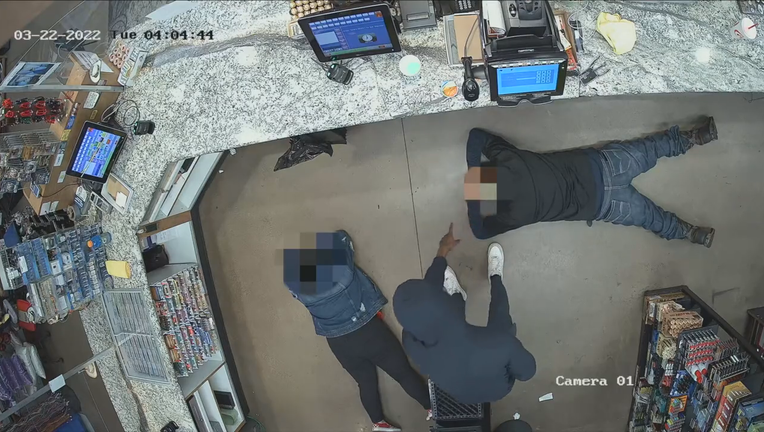 FORT WORTH, Texas - Fort Worth police are searching for a group of robbers who are also wanted for questioning in Houston.

In the video, three people run into the store.

Two of them force store employees on the ground, while the other robber breaks into the ATM to steal the cash.

No further details were released, but police said these suspects are also involved in ATM robberies in the Houston area.