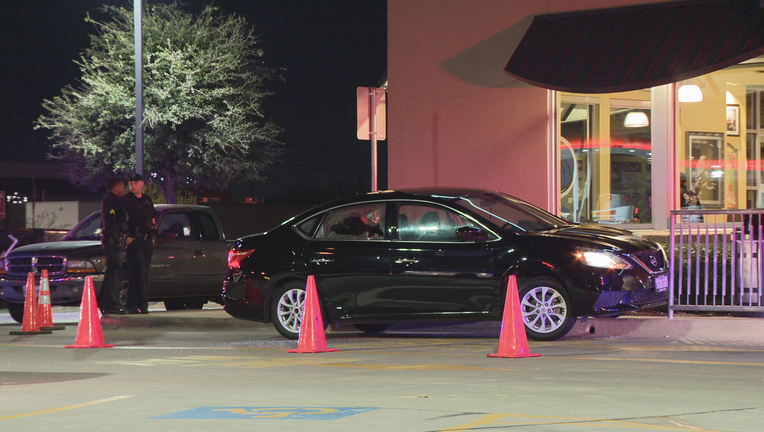 DALLAS - A 19-year-old man was killed outside a fast-food restaurant in southern Dallas late Thursday night.

Police said Zuri Goff was in a vehicle in the drive-thru of a Raising Canes near I-20 and Hampton, in the Red Bird neighborhood.

A man who was leaving the restaurant shot at the car, according to police.

Goff, who was in the back passenger seat, was shot multiple times, while two other people in the black Nissan Sentra were not hurt.

Police said the shooter and another person who was with him ran after the shooting, but after a search, investigators were not able to find either of them.

READ MORE: Man was driving 157 mph at time of deadly crash on I-20, Fort Worth police say