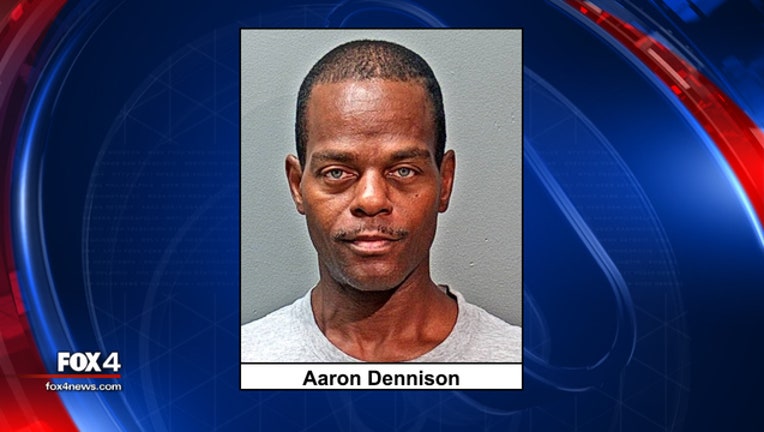 FORT WORTH, Texas - The man who police say was behind a deadly stabbing Friday evening in Fort Worth has told police that he killed a man in self-defense.

Dennison called officers to the area at about 7 p.m.

He said the victim tried to choke him, and that’s when he fought back.

But investigators say evidence, along with information from two witnesses, did not line up with Dennison's story.