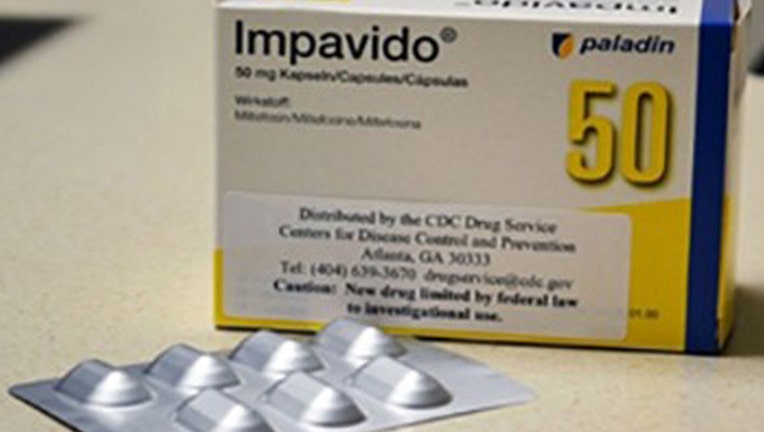 A Fort Worth hospital now has a drug that could save children from dying from a brain-eating amoeba.

Cook Children’s Medical Center became the first hospital in the nation to carry the drug, called miltefosine. It attacks a brain infection that is caused by a type of water-born amoeba.

Previously, miltefosine could only be administered by the CDC, which would ship it to a hospital when it was requested. It was successfully given to a 12-year-old Arkansas child in 2013, who was diagnosed with the brain-eating amoeba.

The disease is called Primary Amoebic Meningoencephalitis (PAM). The parasites that cause it are found in warm fresh water, but can be in any standing water, including creeks and puddles. It is a rare disease, but children who spend time in still water have the greatest risk of the parasites entering their system. The parasites grow best in outside temperatures between 80 and 115 degrees.

In 2010, 7-year-old Kyle Gracin Lewis died at Cook Children’s from PAM. His family contacted the manufacturer of miltefosine about making it more accessible after they heard of its success with the patient in Arkansas. The family started a foundation to raise awareness for the disease.

“We hope that we can help other families not go through what we did with the death of Kyle,” Kyle's mother, Julie Lewis, told the hospital's website. “We simply didn’t know the dangers. Our hope is we can save other families from going through the heartache that we went through then and continue to do so now.”

“Prior to using miltefosine the infection was uniformly fatal, so this has given everyone great hope,” Whitworth said. “But no one knows if it will work every time and until a definitive cure is found, the most important thing is to be extremely careful if you are in fresh, warm water.”