Detectives are interviewing witnesses about a weekend shooting that killed a toddler.

FORT WORTH, Texas - Detectives are interviewing witnesses about a weekend shooting that killed a toddler.

Police think a 3-year-old girl got her hands on a gun Sunday and accidentally shot herself.

Police have released very little information in connection with the case. The latest update Monday afternoon indicated a change in who's handling the investigation.

A day after the fatal shooting of 3-year-old Lauryn Koleen Barrett inside a vehicle at Oakland Lake Park, police say homicide investigators are now in charge of the case.

It was called in on Sunday as an accidental shooting. Family members on scene told FOX 4 the toddler found the gun inside the car.

"Detectives are talking to some of the adults who were either close by the vehicle and other possible witnesses," said Fort Worth Police Spokesperson Daniel Segura.

Police on Monday shared very limited information. They say it’s still unclear how the shooting happened or whether anyone else was inside the car with the child at the time. 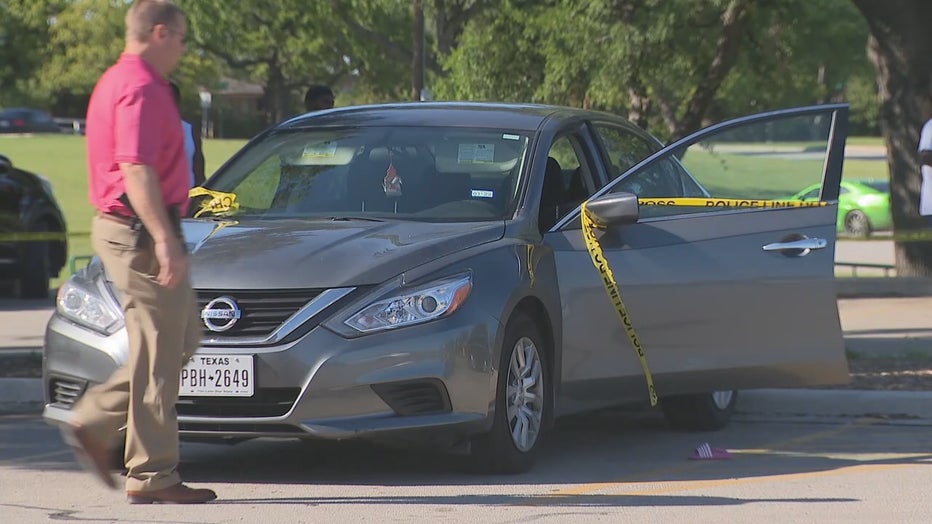 "Apparently, a weapon was located within arm’s reach in the vehicle," Segura said. "However that is part of the investigation being conducted by the detectives."

The park near Oakland Avenue and Interstate 30 in East Fort Worth covers six acres of hills and trails and is a popular spot for exercise and picnics.

FOX 4 reached out to two people related to the deceased toddler. They responded that the family is simply devastated.

Meantime, police say it’s unclear who reported the shooting. They're uncertain how soon it will be before there’s new information on the investigation.

"Specifically, I don’t know who actually called 911," Segura said. "But we do know there were other adults around the vehicle when it happened."

Police say they are still talking to witnesses.