A former McKinney daycare worker is going to prison for abusing an infant.

MCKINNEY, Texas - A former McKinney daycare worker is going to prison for abusing an infant.

Jessica Wiese has been convicted of injury to a child. She was arrested last year after police say she hurt the infant while he was in her care.

During the investigation, it was learned Wiese may have hurt several more children.

Ariel Murphy’s son, Kairo, was just three months old at the time when he endured a dozen fractures at the hands of former McKinney Joyous Montessori daycare worker.

Wiese was convicted for the injuries she caused Kairo in a Collin County courtroom Wednesday. A jury gave her to the maximum 10-year prison sentence allowed for the crime.

Wiese, a former nurse, has been accused of injuring multiple children. She was charged in January with a total of eight felony counts of injury to a child. 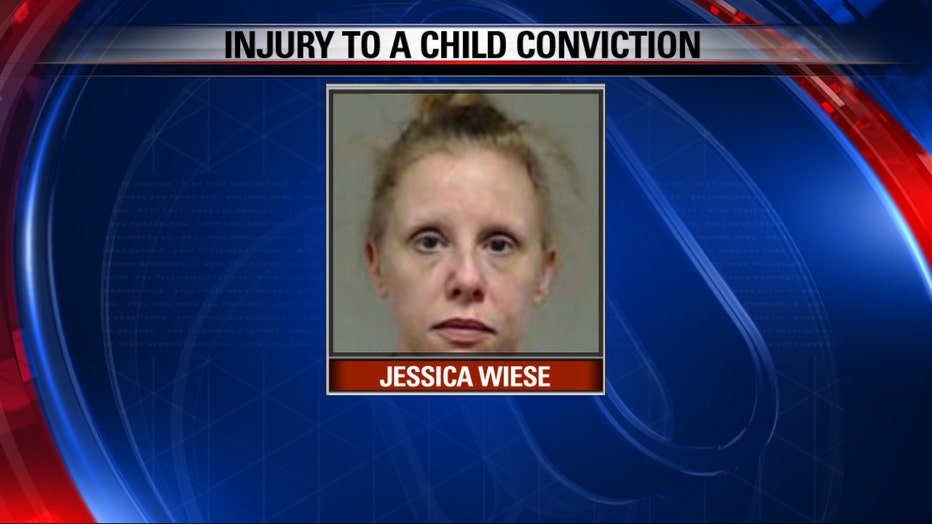 Ariel Murphy was the first mother to call McKinney Police after noticing bruises on her baby.

“You did this once,” Murphy said. “But you’re not going to ever be able to do it again.”

Affidavits state that police found surveillance video from the daycare showing Wiese “[holding Kairo] by his leg and shaking him up and down” and abusing other babies — “causing [one] to cry out in pain…slamming his head into the changing table…pressing down, crushing [his] face downward, body [slamming].”

The other cases against Wiese have not been tried.

Murphy says the pain she caused was not only to children.

“I was diagnosed with post-traumatic stress syndrome, severe situational post-partum, and it is a lot to deal with,” she said.

Kairo is now 15 months old. He has regular doctor visits, but he is doing great now.

Murphy feels justice has been served for her family.

“I couldn’t have asked or prayed for a better outcome,” she said.

Court records show the pending trials canceled in the remaining criminal cases against Wiese, but the charges remain.

Murphy has a civil lawsuit against the daycare and is working with lawmakers on legislation to prevent injuries at daycares.