Video shows the flooding just outside the building’s doors. Some of the heaviest rain fell between 3:30 p.m. and 4 p.m.

Another video shows flooding on the north side of the building. It shows a sheriff’s office employee walking through that huge pool of muddy water.

And as the rain continued to fall it did make its way inside, flooding an entire hallway and the county’s server room, which controls the emergency phone system. 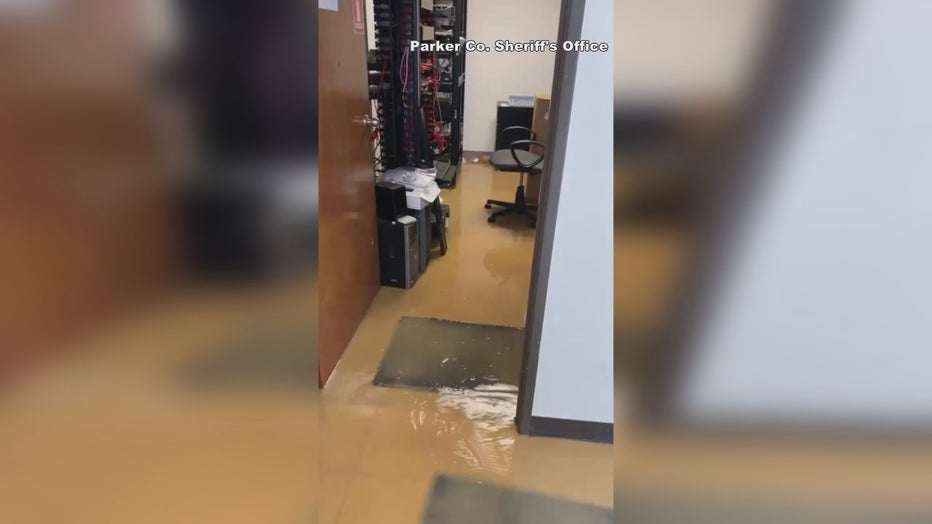 "We just had like one or two inches, but our server room was on the north side of the building and so we went to panic mode," said Parker County Sheriff Russ Authier. "We lost our CAD system briefly, but we got it back up. 911 phones stayed on. We were lucky. We lost our administrative phones for a short time, but they came back on as well."

Authier says in his last 12 years with the county, he’s never seen flooding like this here at the office.

Parker County’s Emergency Management Coordinator Sean Hughes said emergency personnel had to retrieve three families from their homes due to rising water. They also responded to multiple major accidents around the county.

The Red Cross was on standby but was not needed. The displaced residents are now back in their homes.

Emergency management says there is still some flooding in the southern part of the county, but they expect that to recede within the next few hours.

County staff will continue to monitor the weather and areas with high water throughout the evening and into Tuesday.