Friday is expected to be one of the busiest travel days of the holiday season, but severe weather across the country is grounding some flights.

DALLAS - Friday is expected to be one of the busiest travel days of the holiday season, but severe weather across the country is grounding some flights.

Across the U.S. more than 4,360 flights have been canceled and more than 5,215 others have been delayed, according to the flight tracking website Flight Aware.

The most cancelations are at Seattle-Tacoma International, LaGuardia in New York and Detroit Metro Airport.

The severe winter weather across the country is leading to thousands of canceled flights.

READ MORE: These are the airlines offering to waive fees as major Christmas week blizzard starts to unfold

At Love Field 49 flights have been called off and more than 160 others were delayed. 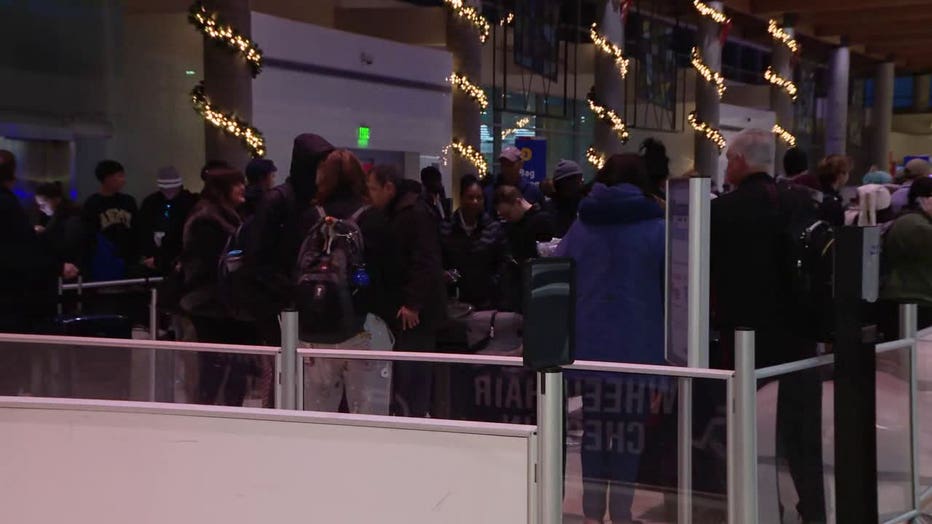 Lines grew in the early morning hours at Love Field as people tried to check in their bags.

Arlethia Davis is trying to get to Los Angeles to see her family.

She says last night she got a text saying her flight had been rescheduled and that she would have a layover in Austin, arriving in LA later.

"We're just trying to figure out what's going on. We're trying to avoid this line, and we are just trying to get home. This is a mess," Davis said. "Don't wait one or two days before Christmas. We talked to one customer whose flight was rescheduled until Sunday."

AAA estimates 112.7 million people will travel 50 or more miles from December 23 to January 2, with nearly 7.2 million expected to fly.

Airlines are asking travelers to check their flight status before heading to the airport.