North Texas airports are still experiencing cancellations following the winter storm, and luggage needs to be picked up by people whose flights were cancelled.

DALLAS - North Texas airports are still experiencing cancellations following the winter storm, and luggage needs to be picked up by people whose flights were cancelled.

"So we got here [Friday], about 8 a.m., and they just kept delaying the flight until about 3 p.m.," traveler Brittany Edwards said.

Edwards’ flight to Fort Lauderdale was cancelled, but she said her bags went to her destination. Inside one of those bags were her car keys. She had to catch a ride home.

"You know, you have to pay for parking all week long," she said.

More than 30% of American Airlines flights across the country were cancelled Saturday, according to flightaware.com.

More than 500 of those cancelled flights were set to come in or out of DFW airport.

The number of cancellations was 850 Friday. There was a ground stop was issued Thursday. 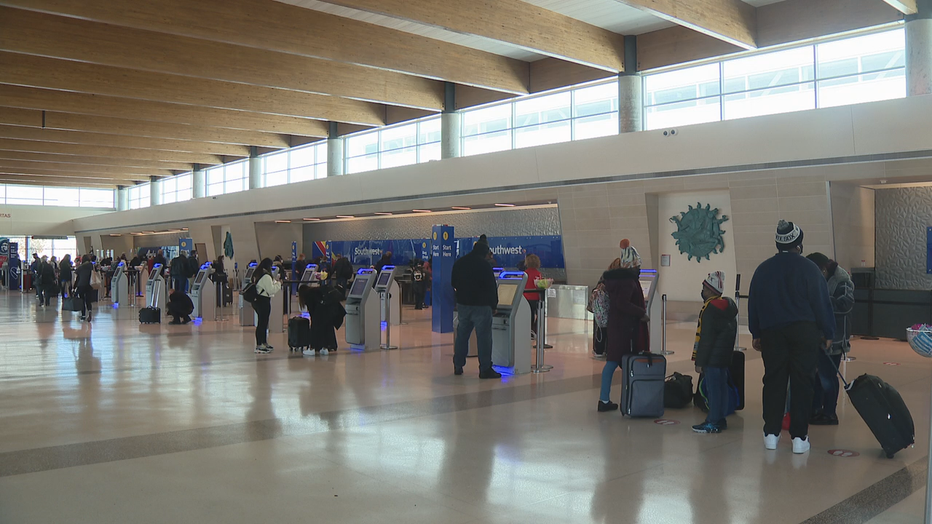 A group of North Texas teachers were stuck at a conference in New Orleans Friday.

"We’re finally here and we’re happy to be home, and we’re sad we didn’t get to play in the snow with our kids," Abby Holmes said.

Lines were shorter Saturday, compared to some that were so long Friday that travelers were unsure if they’d make it in time.

"Never hoped for a flight to be delayed before, but now I am," Jennifer Lanier said while waiting in line Friday.

But it wasn’t just DFW, Dallas Love Field cancelled 15% of flights Saturday, about the same as Friday. All flights were suspended Thursday.

Livier Gomez has been stuck since Thursday. She arrived six hours early to her flight Saturday.

"I don’t think Texas airports have the infrastructure," she said. "It’s a crazy experience but it was interesting."