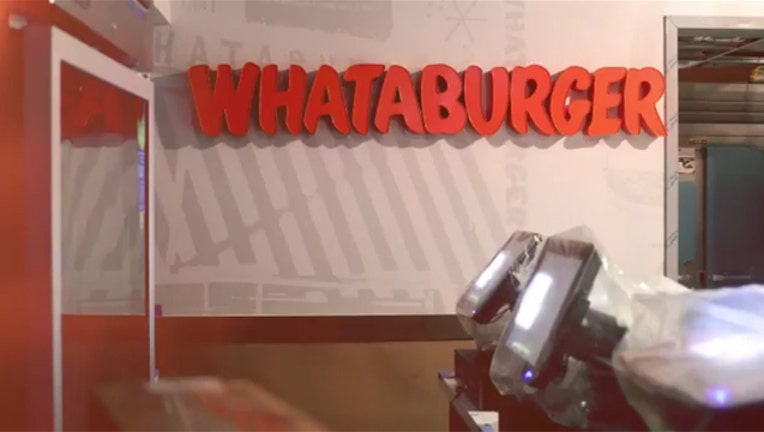 The first-ever Whataburger location at DFW Airport is set to open up the first week of July, officials tell FOX4.

The new location is located in the recently renovated Terminal E satellite concourse area. Airport officials tweeted out a teaser video of the fast food restaurant wrapping up construction on Tuesday.

The DFW location has been in the works for nearly a year now, after airport officials approved a lease for the chain. To access the satellite gates, travelers can head down a tunnel and use a moving walkway located next to gate E21.

An exact time and date of the Whataburger opening will be revealed in the coming days.

"We absolutely love hearing from so many fans traveling through DFW International Airport and are excited about the opportunity to cure their cravings,” the company said in 2018 when word became public about their DFW location.

Travelers at Dallas Love Field have been able to enjoy Whataburger for several years, ever since the new Love Field concourse opened.

While Whataburger is a taste of home to many Texans, the company is trying to maintain customer loyalty in the wake of news nearly two weeks ago that its owners sold a majority stake to a Chicago investment firm.