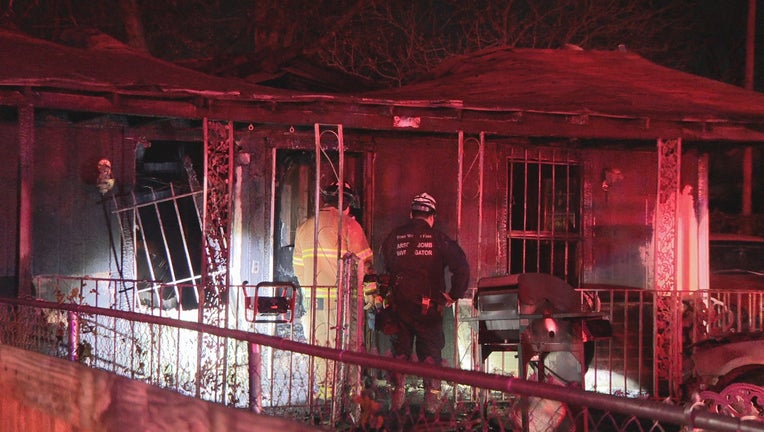 FORT WORTH, Texas - Fort Worth firefighters pulled a man from his burning home late Monday night.

The firefighters were on their way to a medical call when they spotted flames coming from a home on NW 24th Street, near the northwest side.

They stopped and started battling the house fire. Another crew went on to the medical call.

Neighbors told them an elderly man could be inside the house.

They got him out but had to get past burglar bars on the windows first.

"As soon as the very first truck got on the scene, they made entry to the home through a window and did find that elderly male in the back of the home," said Mike Drivdahl, a spokesman for the Fort Worth Fire Department.

The man who is believed to be in his 80s was taken to the hospital in critical condition. His dog could not be saved.

"Anytime we have a resident… something like this, it’s pretty tough," Drivdahl said.

It’s not yet clear how the fire began.