At 10:01 p.m. on April 19 when firefighters arrived at the Forest Hills Apartments in Northeast Dallas, flames were already shooting out of a second-floor unit. It turns out the 911 call had actually come in several minutes earlier at 9:52 p.m. So what happened in those roughly nine minutes? Here is what we have learned.

DALLAS - The city of Dallas says a multitude of errors led to a delay in getting firefighters to what became a three-alarm apartment fire last month.

Dozens of people lost their homes and belongings in the fire in Northeast Dallas last month.

The memo outlines a series of failures that led to firefighters not being dispatched until six minutes after the call came in. That's a process that normally just takes a minute or less.

At 10:01 p.m. on April 19 when firefighters arrived at the Forest Hills Apartments in Northeast Dallas, flames were already shooting out of a second-floor unit. That raised questions among firefighters since they got to the scene just three minutes after being dispatched. 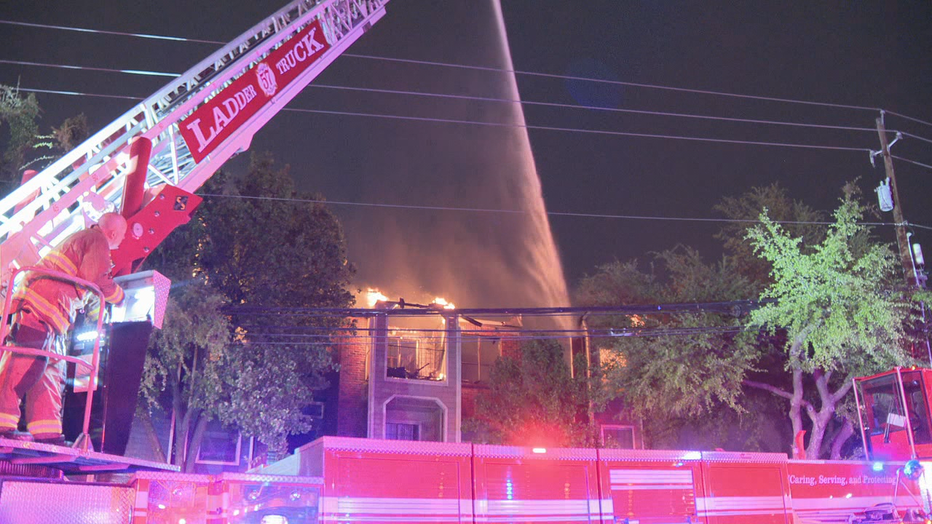 It turns out the 911 call had actually come in several minutes earlier at 9:52 p.m. So what happened in those roughly nine minutes? Here is what we have learned.

Initially, a dispatcher tried to transfer the call to Dallas Fire-Rescue but could not "due to the extremely heavy call volume in fire dispatch."

Then, the 911 dispatcher used an incorrect code, and it was "mistakenly added to a waiting que" for low priority calls.

A dispatcher "erroneously appended" the call to an active medical call that was nearby. When the medical call was complete, the apartment fire disappeared from the list of active incidents.

Jim McDade with the Dallas Firefighters Association says the failed call transfer to DFR is what started the domino effect.

"It clearly says there was not enough staffing at 10 p.m. at night in DFR dispatch to initially receive the call," he said.

In the memo, the deputy city manager outlined recommendations that center on more training.

"None of those solutions address the issue of not enough staff," McDade said.

According to the incident report, the call came in at 9:52 p.m. DFR was not dispatched until 9:58 p.m. It was six minutes for what should have taken less than one minute.

"The frustration is when you look at the result: a large amount of property lost. That result could have been prevented," McDade said.

He says firefighters operate under the rule of thumb that a fire doubles in size every minute.

So if half an apartment is on fire when 911 is first called, the full apartment is burning in one minute. In two minutes, two apartments are on fire. After five minutes, 16 apartments would be destroyed.

"In our opinion, we are the best of the best," McDade said. "But we can only do our best if others do their job, and the system works as it should."

In all, 24 apartments were destroyed in the fire.

Even though it started when many residents were asleep, fortunately everyone was able to get out safely thanks to a neighbor rushing door-to-door yelling for people to get out.