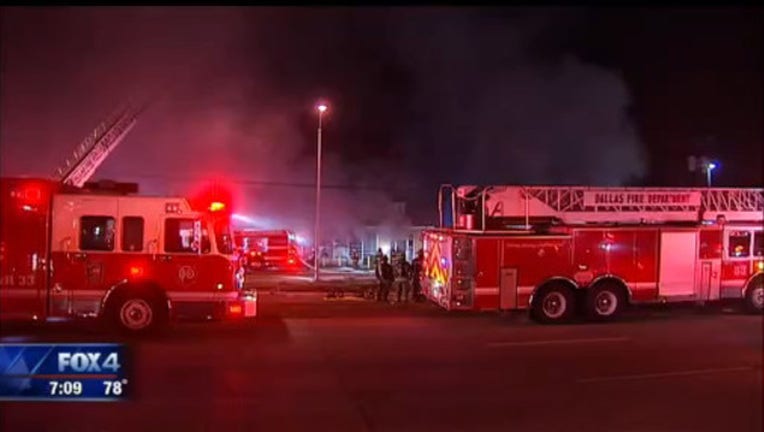 Fire investigators have not determined what sparked a fire that damaged two businesses in northwest Dallas Friday night.

Shortly after it started around 8:00 p.m, fire lit up the night sky, north of Love Field.

A tool store and a smoke and vapor store on Harry Hines Boulevard were damaged, firefighters said.

Efforts were made to keep the firefighters cool and hydrated.

No one was inside the businesses when the fire broke out.