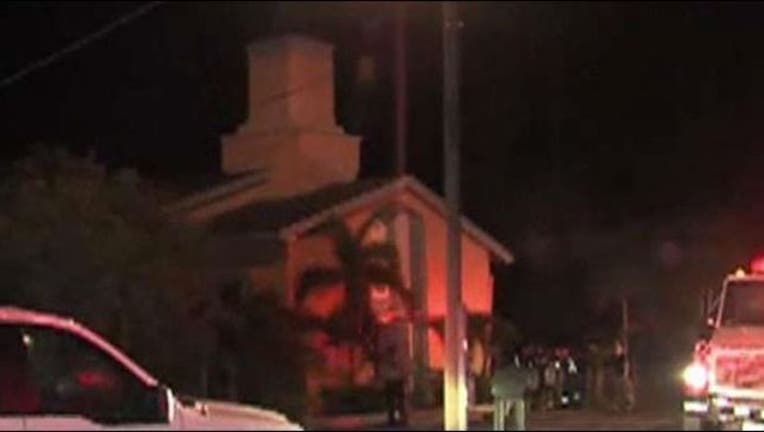 (FoxNews.com) - A fire at the Florida mosque attended by the Pulse nightclub shooter is being investigated as arson, officials said Monday.

Omar Mateen prayed at the Islamic Center of Fort Pierce before opening fire on a gay nightclub June 12 in an ISIS-inspired attack, killing 49 people and wounding 53 others. Moner Mohammad Abu Salha, an American jihadist who blew himself up in Syria, also attended the mosque.

The fire comes one day after the 15th anniversary of the 9/11 terror attacks. Leaders of the mosque had also expected a large crowd to attend a Monday morning festival there to mark the start of the Eid al-Adha Islamic holiday.

“A fire at any place of worship is alarming, regardless of the circumstances,” a statement from the St. Lucie County Sheriff’s Office said. “Video captured at the Fort Pierce Islamic Center shows an individual approached the east side of the building just moments before a flash is seen and the fire starts.”