The biggest tournament in the world got underway Sunday, and North Texas fans gathered to watch the host country, Qatar, face off against Ecuador.

ADDISON, Texas - The journey begins Monday for the U.S. Men’s National Team that has its eyes on a World Cup victory.

The biggest tournament in the world got underway Sunday, and North Texas fans gathered to watch the host country, Qatar, face off against Ecuador.

Soccer fans from many backgrounds had some common ground Sunday. They were all excited for the 2022 FIFA World Cup.

"I think it’s just the impact of it, like, where with like Super Bowl going on it’s always like diluted every year, you know, we kind of get used to it — but four years, I mean it makes it a lot more special, you have to wait for it, you know kind of deal," soccer fan Luis Vazquez said.

Fans filed into The Londoner in Addison Sunday morning to watch the opening match.

"Support your team. If you win, you win, if you lose, that’s fine, you know, but it’s a big party," soccer fan David Vallejo added. 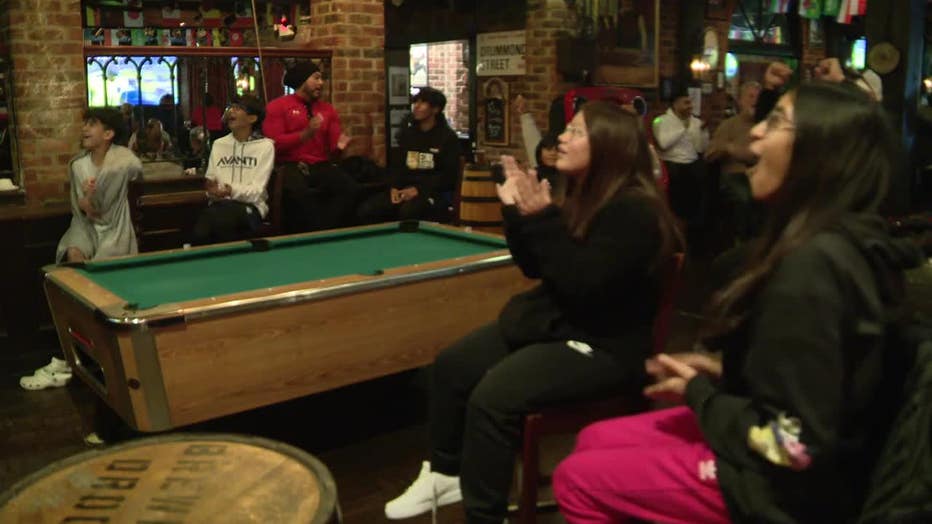 In 2026, the World Cup party will be in the U.S., and some matches will be in Arlington.

For now, the 2022 World Cup is in Qatar, but some familiar team USA soccer players are popping up on murals in Dallas.

"Every element that I included in the design was something that, you know, speaks back to [Jesus Ferreira’s] story," artist Jeremy Biggers explained.

Biggers created a mural of FC Dallas and USMNT forward Jesus Ferreira, who moved to Dallas as a kid when his father joined FC Dallas.

Another muralist created one of USMNT midfielder Weston McKennie, who spent time in the FC Dallas youth system.

Some fans are making use of the photo opportunities. They can barely contain their excitement

"He’s nervous, he’s just anxious. He can’t enjoy it until it’s over," soccer fan Bryan Atkinson said of a friend.

The enthusiasm is contagious.

"It’s definitely the thing that stood out the most throughout the entire process, is just seeing people’s reaction to it," Biggers said.

"That’s what the sport does, it brings us together," soccer fan Kevin King said.

RELATED: How do you pronounce Qatar? We asked some experts.

Back at The Londoner, it was all about the collective energy.

"It’s a big opportunity for countries from around the world to come out and see each other and play a sport everyone loves," soccer fan Cameron Cox said.

"When you watch these games, you see the singing, the chanting, the dancing that goes on in the stands," King added. "That’s about soccer, but it’s also about the representation of their country passion."

So while North Texans wait four more years for local matches, they have no problem watching on television together.

"It’s a celebration every single time, so coming to enjoy any game, even if it’s not my team in particular, it’s always a joy," Vasquez said.