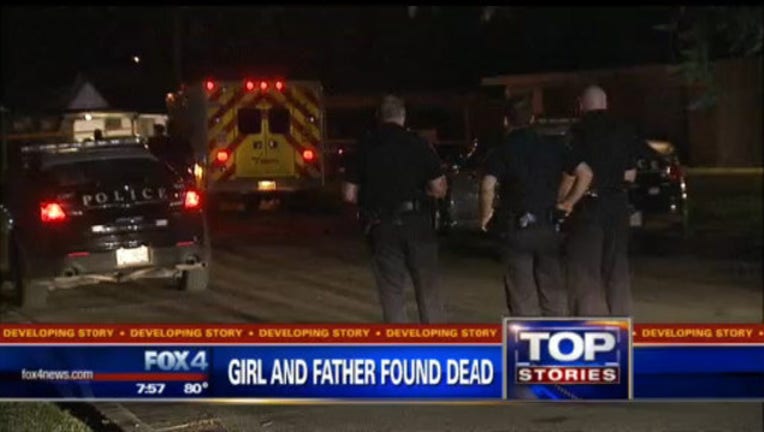 Fort Worth - Police are investigating a tragic scene in southeast Fort Worth.  They are looking into the deaths of a 37-year-old man and his 11-year-old daughter in an apparent murder suicide.

Relatives found the pair, who have been identified as Jorge Flores and Angela Flores, inside their home on Mountcastle Drive home around 4:30 Sunday morning.

Family members reported it to police as a shooting.

The Jorge and the Angela's mother had recently separated and she was staying with him for the weekend, police said.

The mother received information from relatives that something might have happened at the home. That’s when she and others went to the home and discovered their bodies.