A new statement from the family of an 18-year old shot and killed by a Lake Worth officer does not express anger with police, but rather frustration with the people who were with him and ran away from the scene.

LAKE WORTH, Texas - A new statement from the family of an 18-year old shot and killed by a Lake Worth officer does not express anger with police, but rather frustration with the people who were with him and ran away from the scene.

The chase started in Lake Worth the morning of September 3 after police say officers tried to pull over a car speeding on Loop 820 with no lights on. It ended in Fort Worth with Esteven Ramirez dead.

Investigators say the driver crashed and everyone inside bailed and ran. They say Ramirez had a gun and threatened officers. That’s when a Lake Worth officer shot and killed him.

Fort Worth police is leading the investigation into the officer involved shooting, the driver and other passengers. Meantime, Lake Worth police have developed a rapport with Ramirez’s family. The LWPD chief says the deceased teen’s relatives have watched body camera video of the shooting.

They released a statement through the chief revealing their disgust about the others who were in the car, including one who deceived them.

"Specifically we want the other people who were there in the car to come forward because if it were their family member who passed away they would want answers just like we do," the family said.

"To the one who ran and actually had the audacity to come to our house afterword and sit in Estevan's room and act like nothing happened, acted like you knew nothing. You knew he wasn’t coming home that morning and you couldn’t even tell his family. It’s wrong, cowardly and disrespectful."

Among the new details released Thursday was that police believe six total shots were fired.

"We also know the weapon the suspect was carrying has been linked to a shooting that occurred in Lancaster earlier this year," said LWPD Chief J.T. Manoushagian.

Lancaster police tell FOX4 a ballistics match shows an unknown suspect fired the same gun through the front door during attempted home invasion on August 15, injuring someone inside.

Also new: Lake Worth police say the vehicle their officers pursued, a Volkswagen Jetta, was stolen in Fort Worth. But the report wasn’t made until hours after the shooting. 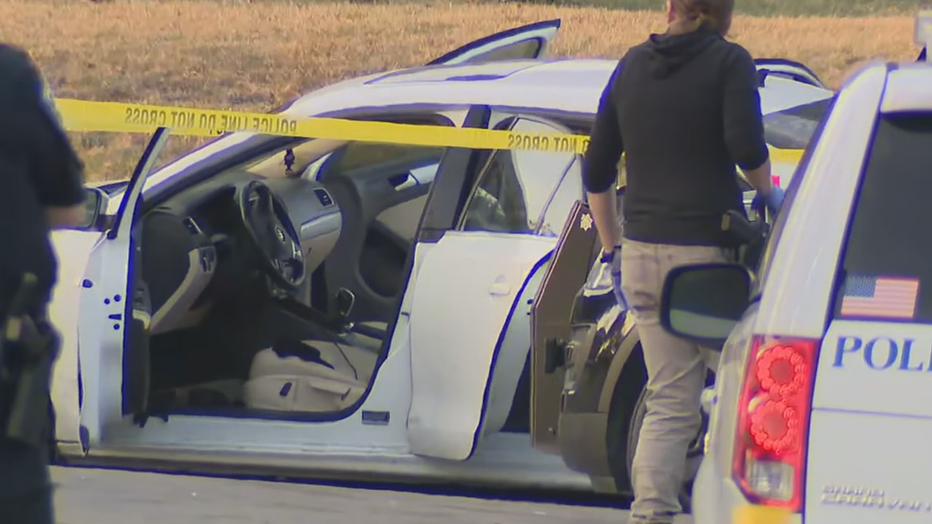