The family of a man who recently died in custody at the Collin County jail commissioned an independent autopsy while they wait for the completion of the county medical examiner's report.

The family of a man who recently died in custody at the Collin County jail commissioned an independent autopsy while they wait for the completion of the county medical examiner's report.

The sheriff's office says 26-year-old Marvin Scott III was arrested for possession of less than two ounces of marijuana in Allen on March 14. Allen police took him to a hospital, where he spent three hours before being transferred to the jail.

Marvin's family believes he was having a mental health crisis at the jail. They claim the seven sheriff's office personnel involved in restraining him should be arrested. 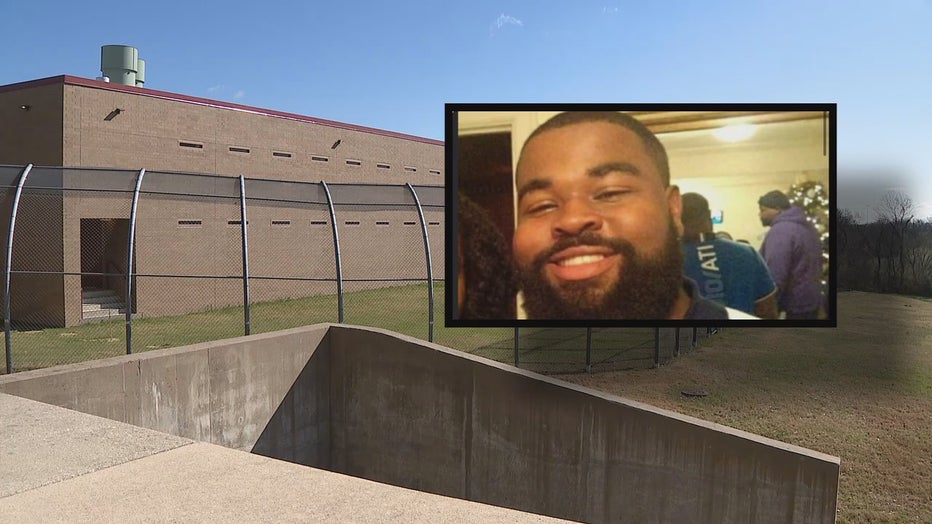 The official cause of death has not been determined. Officials are waiting on toxicology results, which could take several weeks.

It’s been more than a week since Marvin died while in the custody of the Collin County Sheriff’s Office. According to Allen police, he was arrested at the Allen outlet malls for marijuana possession.

Because of his erratic behavior, Marvin was transferred to a hospital for three hours and then cleared by a physician to be taken into custody and to jail.

"One thing I know for sure: a physically healthy 26-year old man does not go in the jail and come out dead," said Marvin’s brother, Quentin Scott.

Marvin’s mother, LaSandra Scott, is a registered nurse. She says he’d been diagnosed with schizophrenia for two years but hadn’t had a mental health episode in more than a year.

In a press conference Friday, the Collin County sheriff said while in custody Marvin began to act strangely at the jail, so officers put him on a restraint bed and used pepper spray to get him under control.

The family commissioned an independent autopsy by American Forensics to be done while they wait for official autopsy results from the Collin County medical examiner.

"The investigation and the history that is available to me so far is that he was restrained and he had a spit hood put on his head," said Dr. Amy Gruszecki, a forensic pathologist with American Forensics. "So the physical struggle and the restraint as well as the possible asphyxia from the restraint would likely be causes of his death."

"The mace, the spit hood and the struggle were the factors that contributed to this death," said attorney Lee Merritt. "And this death should be properly listed as homicide."

American Forensics says no obvious serious trauma was present on Marvin’s body, and one bone in his neck was not reviewed during the independent autopsy.

"The hyoid bone was not available for my examination, which is not unusual. When I do primary autopsies, I also remove the hyoid bone and save that because it is evidence," Dr. Gruszecki said. "Mr. Scott had one bruise on his left arm. And other than that, he only had some mild heart enlargement."

According to the Collin County sheriff, there is video of the incident. It has been handed over to the Texas Rangers who are investigating to consider whether criminal charges should be filed.

"We want to see video from the restraint that took place," LaSandra said.

The seven sheriff’s personnel have been placed on administrative leave during the investigation. The Collin County Sheriff’s Office is also conducting an internal affairs investigation to determine if policies were violated.