Texans who had their identity stolen through fake unemployment claims are finding themselves with nowhere to turn.

TERRELL, Texas - Texans who had their identity stolen through fake unemployment claims are finding themselves with nowhere to turn.

The Texas Workforce Commission says the number of fake claims has tripled since the pandemic began.

Victims are finding it harder to clear things up because the agency is swamped.

Many victims of unemployment fraud are worried about being held responsible for taxes on the money paid out in their name since TWC is backlogged and hasn't sent out corrected forms to the IRS. 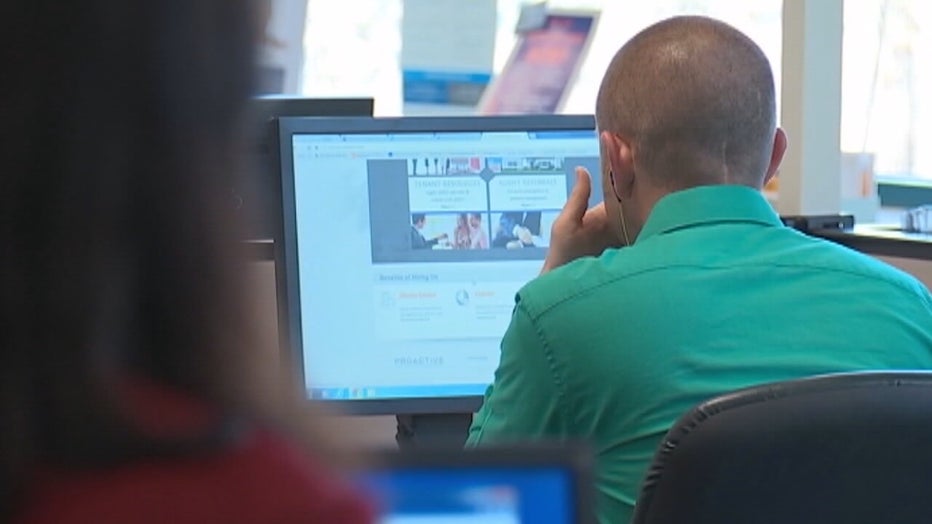 James Darst, a defense contractor in Terrell, first discovered he was the victim of identity theft from his employer, but the damage was already done.

"First of November, HR said they received a letter saying I was seeking unemployment benefits. Because of COVID, they were not coming into the office every day," he said.

By the time Darst’s employer was aware of it, the deadline to dispute the claim had passed and the money was in the wrong hands.

"Between Thanksgiving and New Year's, I called and left a message on every TWC number I could find every day," he said.

Eventually, Darst did get through to a person who told him it was resolved. But just last Saturday, he received another repayment notice. And on top of that, he received a 1099-G from the IRS stating that he received $1,000 in unemployment that he never did.

"The best thing they can do is notify us," he said. "There are a number of ways to notify us. Separate 800 numbers. Not the one with a gazillion people trying to get in for claims."

But it turns out there are another gazillion people trying to report fraud.

"We would love to respond individually but it’s harder to do with vast cases," said TWC spokesperson James Bernsen. "We are retooling the system to allow for more reach back."

Bernsen says in 2019 there were a little more than 1,000 suspicious claims. After the pandemic, that number has surged to around 300,000.

"Right now, if someone gets an overpayment notice, whether legitimate or because of fraud, there is not a hard deadline to pay this back," he said.

But Bernsen knows that won't make people feel much better, especially when filing their taxes.

"It will be heartburn for a lot of people," he said. "ID theft is a crime, and a crime has victims."

If you did get a 1099-G showing your received unemployment that you did not, you should immediately request a corrected form from TWC. But if you do not get the form before tax time, the IRS says you should still only report the income you actually received.