Experimental medications, therapies in the works in effort to treat COVID-19 coronavirus

The most powerful weapon out there right now is our own immune systems. But there are medications and therapies that have shown some promise, including one that has not received a lot of attention.

DALLAS - There are still a lot of unknowns that remain regarding treatments for COVID-19 coronavirus.

Right now, the most powerful weapon out there right now is our own immune systems. But there are medications and therapies that have shown some promise, including one that has not received a lot of attention.

Dr. Crystal Howell is employed by UNT. She does not receive any money from the pharmaceutical companies. She's reviewed a lot of the data out there and says, so far, one antiviral shows the most promise.

In his daily press briefings, President Donald Trump continues to tout the drug hydroxychloroquine as a promising treatment.

“What do you have to lose? Take it,” he said. “I really think they should take it, but it's their choice.”

But some in the medical field, including members of Trump’s own task force, are skeptical. It's typically used to treat lupus and malaria. Just last week, the FDA approved it for emergency use in critical COVID-19 patients.

“There's a lot of data coming out, but you have to be very careful what you're reading,” she said. 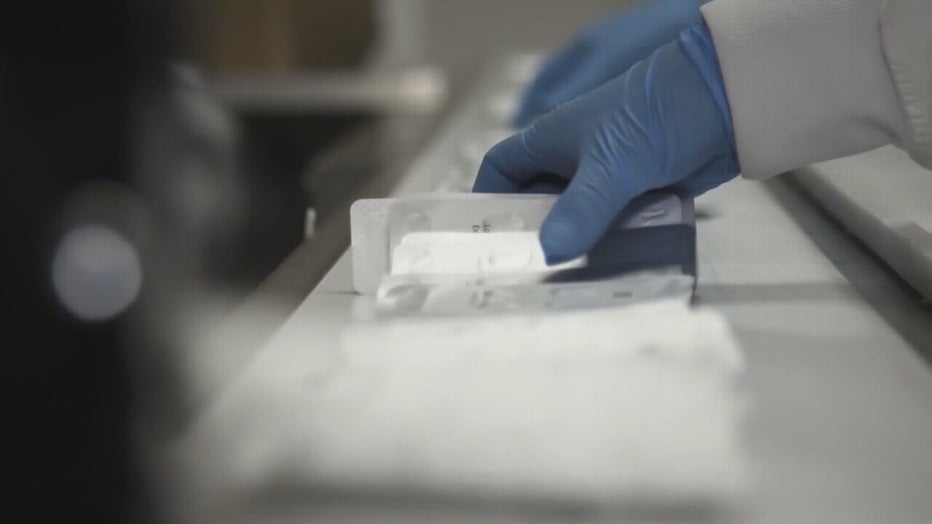 Dr. Howell says despite all the buzz about hydroxychloroquine, a drug which Governor Greg Abbott said is currently being used to treat a cluster of COVID-19 patients at a nursing home in Texas City near Houston, she isn't fully convinced about whether it will be a successful COVID-19 treatment.

“Even our patients who are chronically on the medication are becoming infected with this new virus, so it's deterring a lot of us from the promise of it,” she said. “The data is pretty poor to be honest.”

Dr. Howell is most optimistic about a different antiviral drug. It's called Remdesivir, and it was developed to treat Ebola patients. It's currently being used in some clinical trials.

“It looks like it's probably our most effective option in a lab setting,” she said. “We just need the patient-level data to determine if that's true for real people.”

There's also an experimental plasma therapy that is approved on a case-by-case basis by the attending physician. Antibodies from a recovered patient are given to a critically ill COVID-19 patient to see if they improve.

“We don't always see success with it because it really depends on the virus itself and what stage the person is in the disease, whether or not if it's going to be effective,” she said.

Dr. Howell has this advice for folks weighing their options.

“There's so much misinformation out there,” she warned. “I would say it's really important that people talk to their healthcare providers before making any strong decisions.”

Hydroxychloroquine can have some serious side effects. A cardiologist with the Mayo Clinic says it’s inexcusable not to mention the drug can bring on sudden cardiac arrest.

President Trump said there are a number of drugs and vaccines in the works.