Police are searching for the driver of an SUV involved in a hit-and-run auto-pedestrian crash Saturday night in Euless that sent a 13-year-old to the hospital in critical condition.

EULESS, Texas - Police are searching for the driver of an SUV involved in a hit-and-run auto-pedestrian crash Saturday night in Euless that sent a 13-year-old to the hospital in critical condition.

This happened just feet from the Euless Police Department.

Alyssa Stice was struck by two cars, and one of them didn't stop at all. The girl's family said she was out "clearing her head" when she was struck.

One witness said Stice looked like debris lying in the road.

The 13-year-old is in a medically induced coma at Cook Children's Hospital in Fort Worth,

She's in critical condition after being struck by two vehicles in Euless Saturday evening. 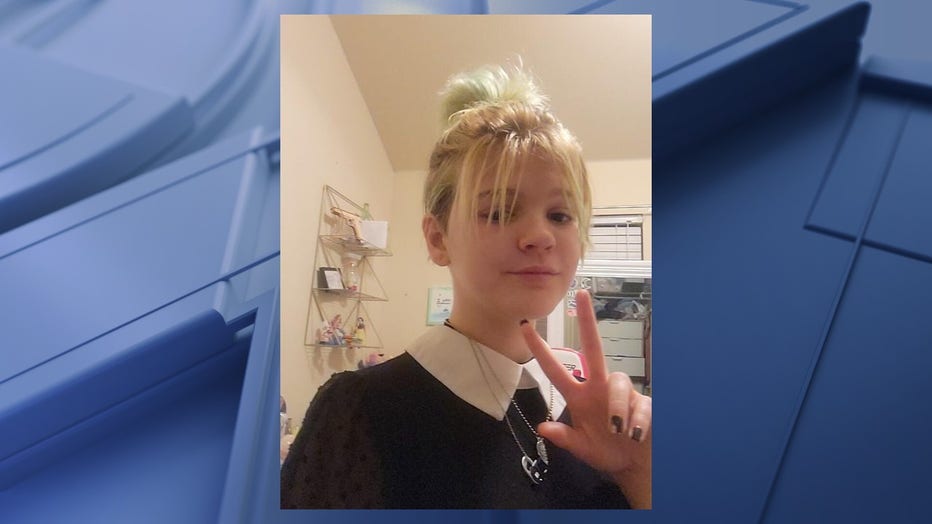 "You get that phone call, and it's like, the world just stops and you don't know what to do," Stice’s stepfather, Robert Fisher, recalled.

Fisher said the teen got into an argument with Fisher and her mother, and left their house in Euless on February 19.

A short time later, she was hit while trying to cross Highway 10.

"It is absolutely a parent's worst nightmare," Fisher said.

Butler used to car to shield Stice, who was lying in the road.

"I was able to stop just in time. I immediately called 9-1-1. She asked, did I think that the young lady needed an ambulance? And I said, definitely," she said.

Investigators said Stice was struck first by a pickup truck.

The driver initially stayed on scene, but left as EMS arrived.

Police said he later turned himself in, cooperated, and is not facing criminal charges for now.

Alyssa was then struck by an SUV, believed to be a Chevy Tahoe or GMC Yukon that is either a gray, tan, or pewter color.

"And then just leave her there on the side of the road to die is horrible," Fisher said. "I mean, what kind of person does that?"

Stice’s mother hasn't left her daughter's side. She's suffered a number of internal injuries, including a brain bleed.

Her stepdad is making a plea to driver of the SUV.

"Whoever it is needs to turn themselves in. They need to do the right thing," he said.

Anyone with information is asked to call the Euless Police Department.