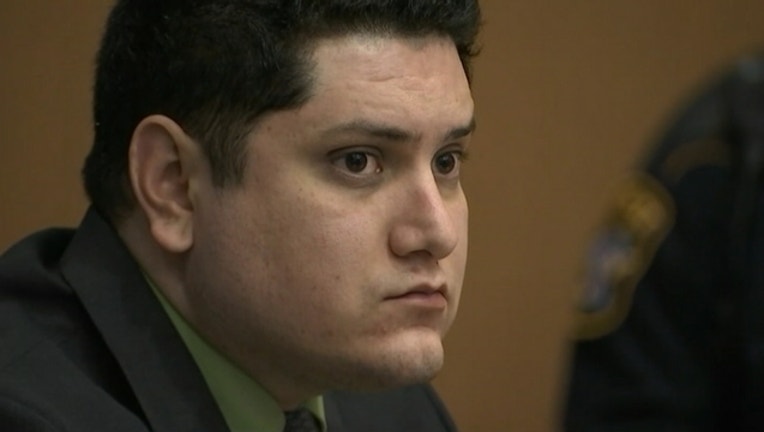 McKinney - The sentencing phase begins Monday in the Enrique Arochi kidnapping trail. Arochi faces from probation to life in prison.

Thursday a Collin County jury found Arochi guilty of aggravated kidnapping in the disappearance of Christina Morris. Her body has still not been found.

Jurors handed down the verdict Wednesday right before 7 p.m. after two days of deliberations at the Collin County courthouse.

Family members of both Morris and Arochi had been anxiously waiting all day at the courthouse to find out what the 6 man/6 woman jury would decided.

Morris' family remained silent, per the judge's order, as the guilty verdict was read in court. But once in the hallway, they let their emotions out, hugging and crying.

Arochi showed no emotion as the judge read the jury's guilty verdict.

Morris' family was asked by sheriff’s deputies to sit in the back row, and then essentially forced a human barrier between Morris' family and Arochi.

Once the judge ordered court, Morris' mom, Jonni McElroy, began to sob. McElroy had plenty to say but couldn’t to talk to the media until sentencing phase is over since she is still sworn in as a witness.

Morris' stepmother, Anna Morris, spoke to reporters outside the courthouse.

“I feel like the right thing happened. It’s not over. It’s far from over. Christina is still missing. I hope that this will possibly get us the information we need to bring her home,” said Anna. “It’s difficult, but it’s by far not the hardest thing we’ve done so far.”

Arochi was the last person seen with Morris in Aug. 2014 at the Shops at Legacy in Plano. He could get up to life in prison if convicted by a Collin County jury.

The prosecution and defense each gave closing arguments midday Tuesday in front of a capacity courtroom – and for the first time, a television camera. The judge allowed the closing arguments to be shown live on local TV stations.

The sentencing phase begins Monday at 8:20am.