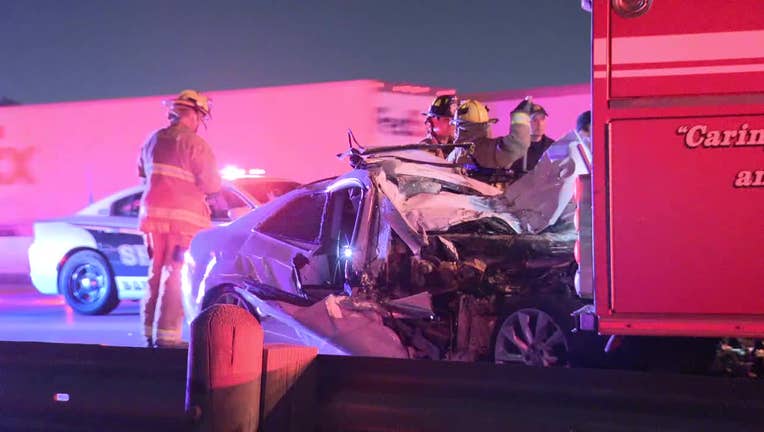 DALLAS - A woman is in critical condition and has been charged with DWI after crashing into the back of a Dallas Fire-Rescue truck early Saturday morning.

The wreck happened just after 2:30 a.m., in the southbound lanes of N. Stemmons Freeway, near Storey Lane.

Firefighters were already on the scene for a previous crash and were using a blocker truck for traffic management.

READ MORE: 2 dead after overnight crash on I-30 in Fort Worth

While DFR crews were still on scene, police said a woman crashed into the back of the blocker truck.

The woman was taken to a local hospital in critical condition, where police said she was charged with driving while intoxicated.

No firefighters were injured.