Wet weather contributed to a terrible accident that injured the driver of an 18-wheeler. The truck slid off a ramp and hit the ground upside down under the Woodall Rodgers Freeway in Dallas.

DALLAS - A truck skidded on a wet road overnight, causing a crash that left its driver trapped for about an hour.

The crash happened around 12:30 a.m. Tuesday near Downtown Dallas.

According to investigators, the truck was heading from the westbound Woodall Rodgers Freeway to the northbound Stemmons Freeway.

The big rig lost traction when it started to curve on the wet road and fell about 30 to 40 feet off the bridge. 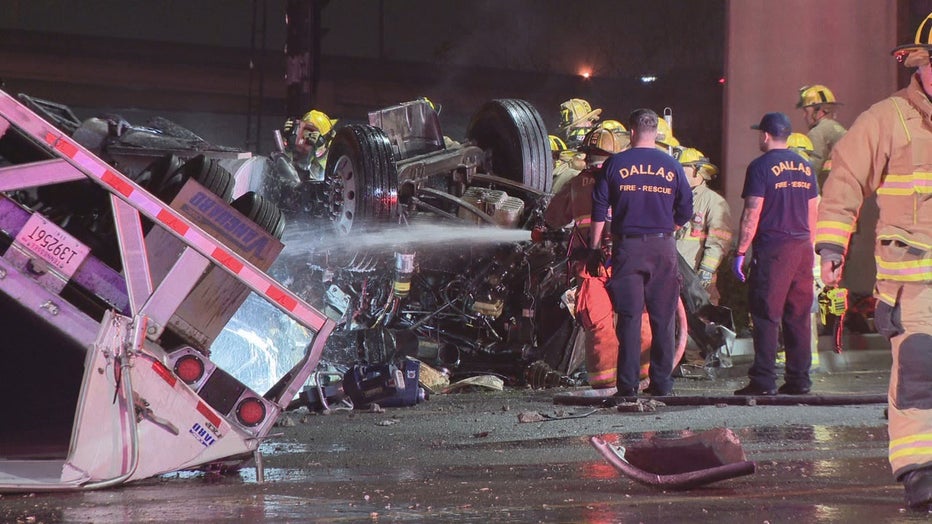 The driver was trapped for about an hour while first responders cut through the wreckage to free him.

They were eventually able to get him out and he was taken to the hospital. He is reportedly in critical condition.

The truck also hit signaling equipment along the Dallas Area Rapid Transit rail line. As a result, trains between Victory Station and Downtown Dallas will be impacted during the morning rush hour. 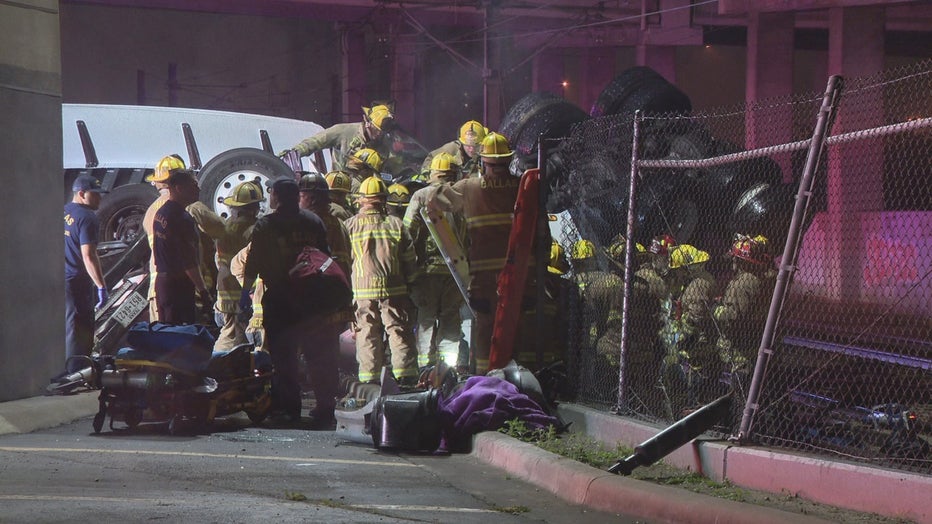 Driver arrested after pursuit, standoff on Fort Worth freeway

School bus with kids on board crashes in Mesquite