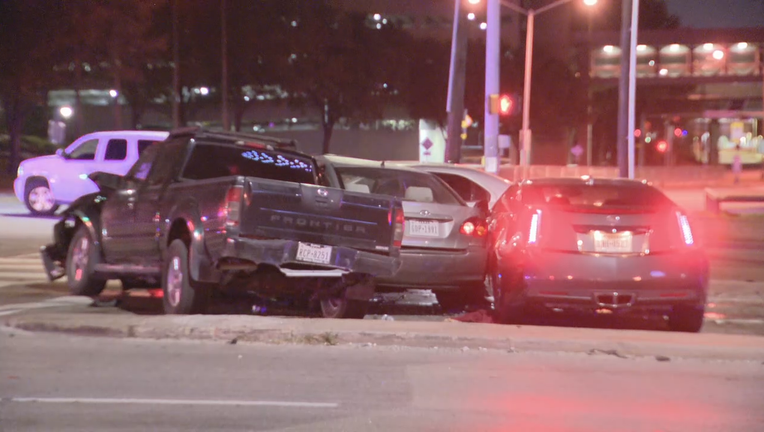 DALLAS - A 25-year-old woman is in critical condition after being struck by a 16-year-old armed carjacking suspect who ran a red light while fleeing from Dallas police early Saturday morning.

The crash happened just after 1 a.m., as Dallas PD officers were in pursuit of armed carjacking suspects who were eastbound in the 100 block of Commerce Street.

Police said a 16-year-old was driving a black Nissan Frontier, with a juvenile and two adult passengers.

The 25-year-old woman was northbound on S. Riverfront Boulevard with a female passenger.

As she was going through the intersection with a green light, police said the teen suspect went through a red light and crashed into the woman’s vehicle.

The woman was taken to a hospital in critical condition.

The four people in the Frontier were taken to a hospital with minor injuries.

Police said the 16-year-old has pending charges of evading arrest and aggravated robbery.