PLANO - Plano fire investigators are looking into the cause of a fire that started on the third floor of an apartment building on Monday morning.

The fire happened at a complex on Custer Road, just south of the Sam Rayburn Tollway. 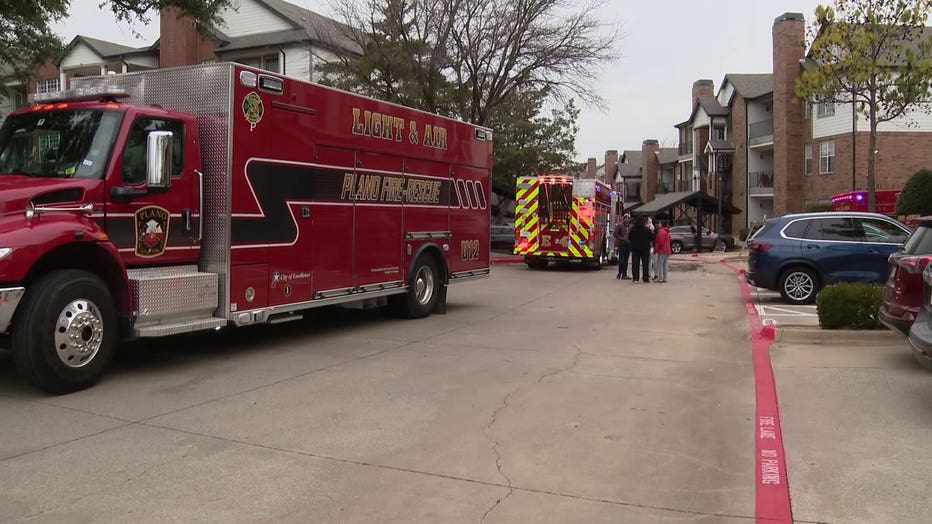 Smoke and flames were spotted coming through the roof of one of the units, surrounding a chimney.

"Nobody was hurt. We were able to retrieve one dog from one of the apartments upstairs and that dog has been returned to its owner," said Michael Vernon of the Plano Fire Department.

The dog was in a crate on the third floor.

Two of 24 apartments in the building suffered damage, and it was mostly water damage.