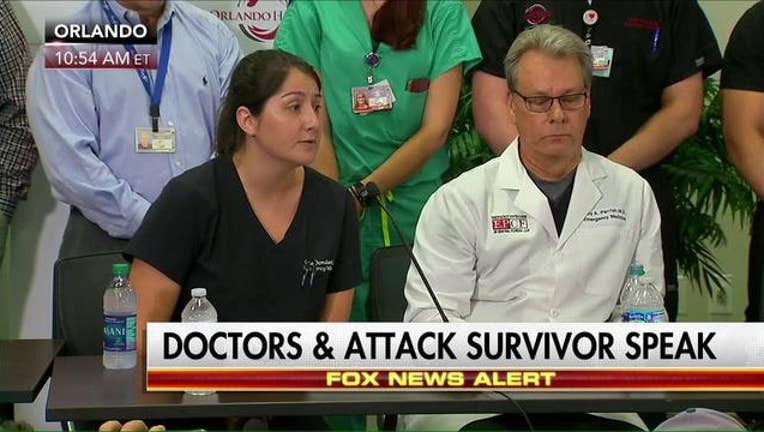 ORLANDO, Fla. (AP) — The first victim of the nightclub shooting to reach the hospital was relatively stable, and doctors working the overnight shift hoped any others would arrive in a similar condition.

Then five more arrived, in much worse shape. And then more, and more still, until people bleeding from gunshot wounds were lining up inside the Orlando Regional Medical Center.

The trauma bay quickly overflowed, forcing doctors performing triage to move critically injured people elsewhere and focus on those whose lives were most in danger.

They arrived by the "truckloads," said Dr. Kathryn Bondani.

Luckily for the victims, the Pulse nightclub isn't far away from the region's main trauma hospital, but its emergency room staff usually gets advance word that severe cases are on their way. In this case, victim after victim arrived unannounced, forcing the staff to scramble.

Choking up a bit, Dr. Chadwick Smith described how he and others called for reinforcements.

Nurses and technicians also arrived, many without being told to come, turning much of the hospital into emergency response areas.

Angel Colon, who was shot in the hand and hip, said he survived by pretending to be dead. He said he thought "I'm next, I'm dead," as the gunman kept firing.

Appearing Tuesday in a wheelchair alongside the doctors and nurses who treated him, Colon told the staff: "I will love you guys forever."