Dirk Nowitzki discusses book about his life and career

Free 4 All's Mike Doocy and Sam Gannon got the chance to talk to a local icon who spent his entire career in Dallas -- The Great Nowitzki. A book with that title is now out in the U.S. 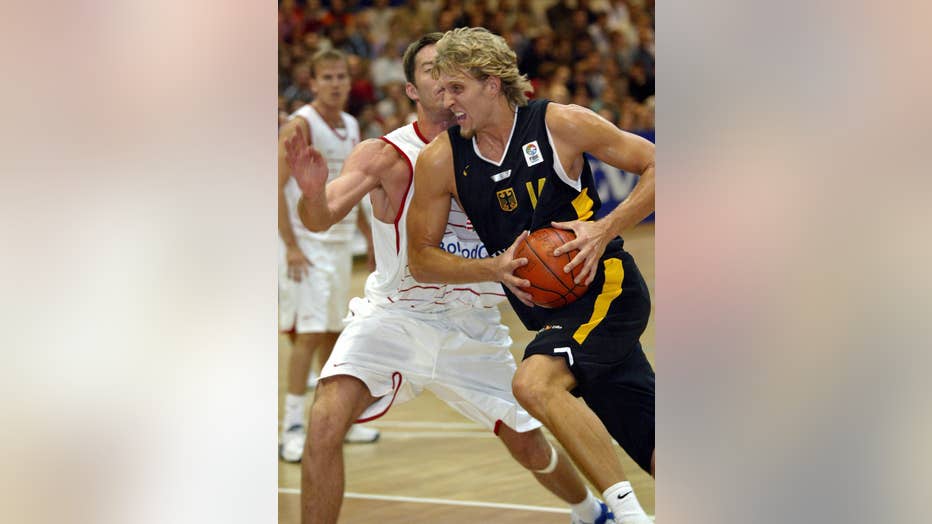 BUDAPEST, HUNGARY: Basketball player of the American NBA, German Dirk Nowitzki(R) saves the ball beside his Hungarian opponent Marton Bader(L) in the local 'Circle Sport Hall' of Budapest 22 September 2004 during a qualification basketball match for

The Wurzburg-born power forward will be the first German basketball player to have his jersey retired.

The ceremony will be held on the opening day of the tournament in Cologne when Germany takes on France on September 1.

"I felt honored when the German Basketball Federation presented this idea to me. That was a nice surprise, and I'm excited to see what awaits me in Cologne," said Nowitzki. 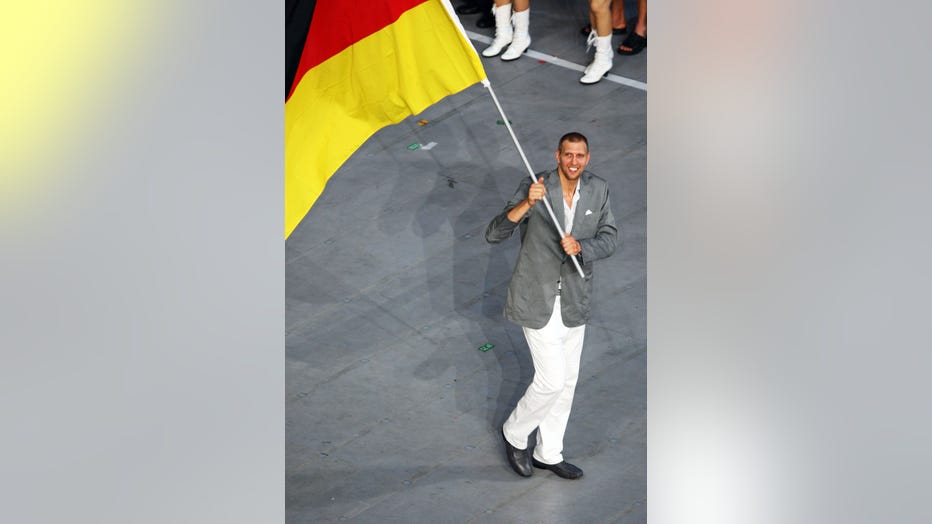 BEIJING - AUGUST 08: Basketball player Dirk Nowitzki of Germany carries his country's flag during the Opening Ceremony for the 2008 Beijing Summer Olympics at the National Stadium on August 8, 2008 in Beijing, China. (Photo by Mike Hewitt/Getty Image

Dirk played 153 games for the German senior team, scoring 3,045 points. He also helped Germany qualify for the 2008 Olympics in Beijing, where he was the country's flag carrier at the games' opening ceremony.

Nowitzki continued to play for the Mavericks until the end of the 2018-19 season.

The Mavericks retired Nowitzki's number 41 at a ceremony in January.