A 6-year-old DeSoto runner hopes to one day make it to the Olympics and is well on her way.

DESOTO, Texas - A 6-year-old DeSoto runner hopes to one day make it to the Olympics and is well on her way.

TikTok videos of the young runner are already going viral. Each one shows her smoking the competition.

At just 6 years old, Dakota White is racing well ahead of her competition and is very confident.

"Are you the fastest 6-year old you know?" asked FOX 4 Reporter David Sentendrey.

"Is there anyone who can beat you?" the reporter asked.

"No," she confidently said. 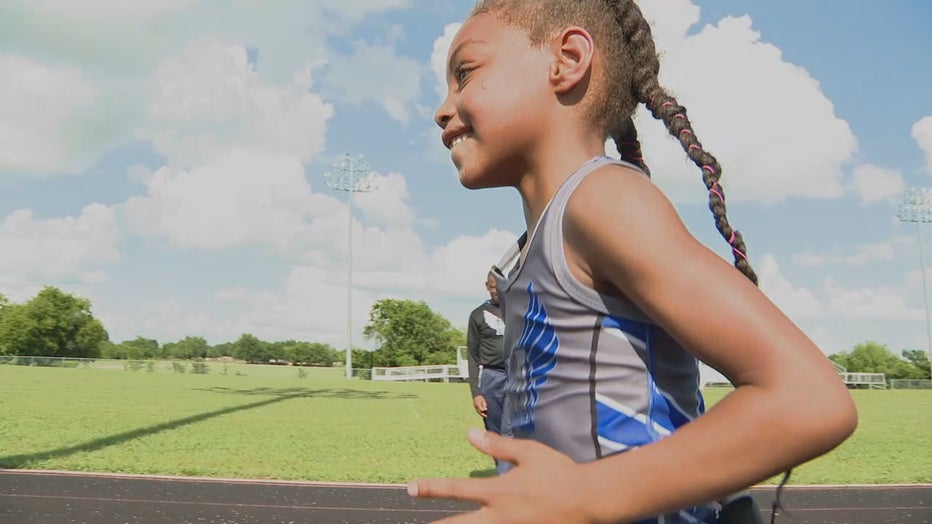 Dakota’s father, Cam White is a former TCU football wide receiver. He says her ability doesn’t just come from him.

Dakota’s ability is landing her first place in the 100- and 400-meter races at the AAU Gulf Primary Championships in Houston last week. She’s heading to the national championships in Florida this July.

Dakota’s DeSoto Mercury Coach James Robinson has helped dozens of runners earn college scholarships. He believes the sky is the limit for this gifted child.

"That is well within her capabilities," he said.

While running against girls her age, Dakota looks up to an older North Texas runner who’s heading to the Olympics.

"Do you think you can be like her when you grow up?" Sentendrey asked. 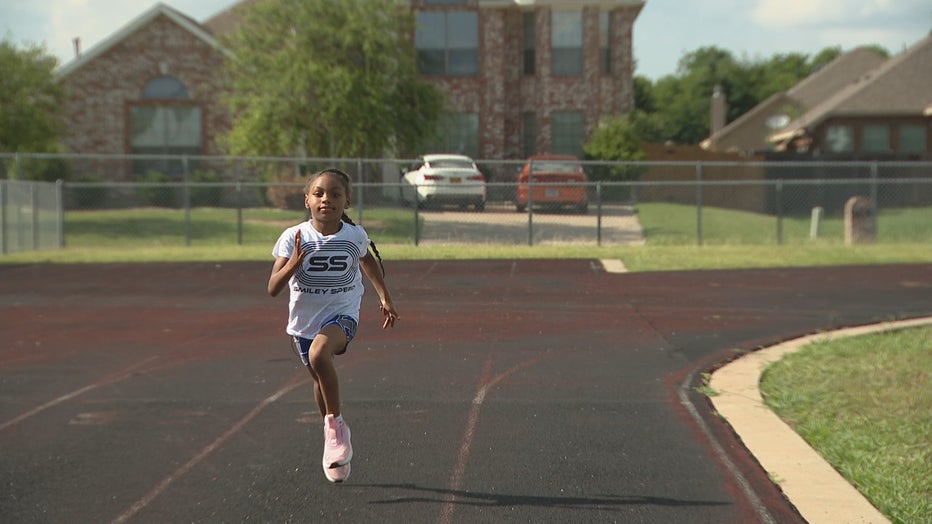 Dakota would love to meet her.

"I can’t wait to see you. Good luck in the Olympics!" she said.

But until then, Dakota will focus on what’s in front of her while trying to leave other runners behind her.

"America had the most talented kids in the world in track and field," Robinson said. "She will be among the finest."

Dakota just recently turned 6. So some of the 6-year-olds she’s beating are still older than her.