Police say Angela Downing told hospital medical staff the boy had fallen down a flight of stairs. The boy had a skull fracture, brain swelling and bleeding.

DENTON, Texas - Denton police say a grandmother charged with murdering her 3-year-old grandson had custody of the child and another child because their father didn't want them and their mother is in assisted living.

Police say Child Protective Services had been called once before because the grandmother left the kids in the car when she went into a store.

Earlier this month, Angela Downing’s 3-year-old grandson was brought into a hospital with severe injuries. Police say she claimed he fell down the stairs. However, that wasn't the case.

There is a set of stairs leading up to the second-story apartment Downing shared with her grandchildren. But police say after speaking with doctors and Downing, they determined the child was injured inside of their home and Downing was the aggressor.

The 57-year-old is charged with murdering her 3-year-old grandson, who died on Saturday.

Denton Police say on Jan. 18, they got a call from the Texas Department of Family and Protective Services about a child in the hospital with severe injuries. He suffered a fractured skull, brain bleed and brain swelling. 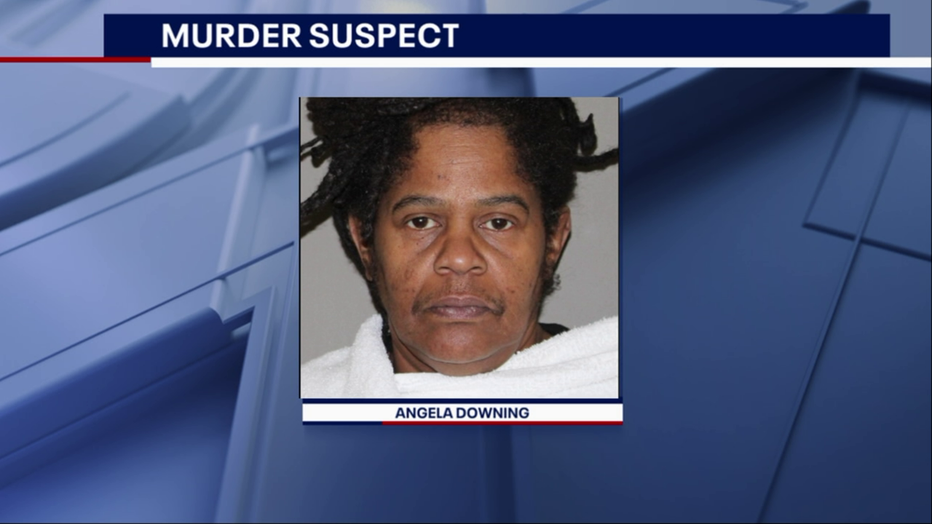 "The grandmother, who was the child’s legal guardian, advised the child had accidentally fallen down a flight of stairs," said Denton Police Lt. Steve Buchanan. "That’s what led to the trip to the hospital."

But during the investigation, police say Downing confessed she attacked her grandson.

"Ms. Downing stated that she forcefully threw the child on the bathroom floor and up against a wall," Buchanan said.

Police say Downing lived near Highway 380 and Highway 77 with her two grandchildren. Neighbors say they had only lived there for a few months.

Police say the children’s father, Downing’s son, had previously relinquished custody of them. Their mother is in assisted living out-of-state and unable to care for herself.

Denton police say they had a previous incident involving the family back in February 2021. They say Downing had gone into a grocery store and left the children outside in a vehicle.

"At that time, we had no indication of any violence, no history of violence related to them," Buchanan said. "And we contacted Child Protective Services after that incident."

A spokesperson with the Texas Department of Family and Protective Services says they are investigating the 3-year-old’s death but cannot go into details about their history with Downing.

Police say the other child was placed in foster care when Downing was arrested. Based on interviews with the child, they do not believe that child suffered any abuse.