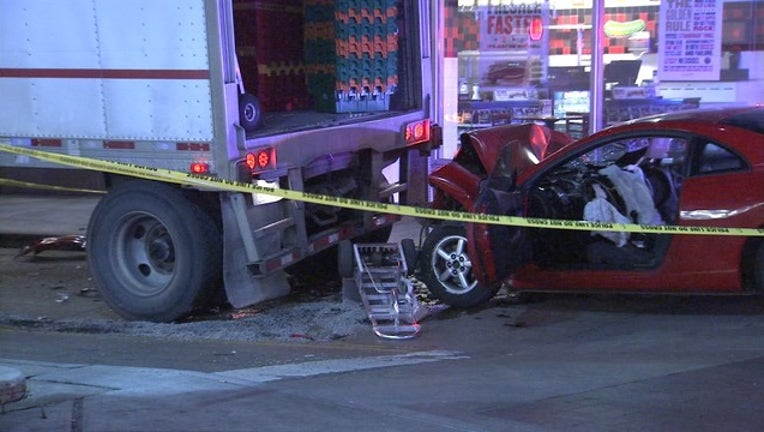 DALLAS - A delivery man and the driver of a car were both seriously injured in a crash in Downtown Dallas.

It happened just as two men were making deliveries at the 7-Eleven store on Elm and Akard streets before 1 a.m.

One man was caught between the two vehicles and his foot was cut off. His other leg was crushed. The other man was able to jump out of the way.

Police are investigating whether the driver who caused the crash was drunk. He could face intoxication assault charges.