Mattie Parker has declared victory over Deborah Peoples in Saturday’s runoff election to decide who will replace longtime Fort Worth Mayor Betsy Price.

Parker won over Peoples with 54% of the vote, and will be sworn in as the mayor of Fort Worth on June 15.

This race a nonpartisan race, but there were partisan overtones.

Peoples, a former executive with AT&T and the former chair of the Tarrant County Democratic Party, has been backed by Beto O’Rourke and the Texas Democratic Party. Peoples ran for this same position in the past but lost to Price.

Parker, the former chief of staff to outgoing Mayor Price, has gotten endorsements from Price, Governor Greg Abbott, and the Fort Worth Police Officers Association.

Gov. Abbott tweeted a congratulations message to Parker after her victory.

Both candidates commented about how overwhelming the turnout was for this race.

The early voting numbers were largest in recent years.

Both candidates spoke with FOX 4 during the final hours of voting.

Peoples focused on her message, called One Forth Worth, wanting all voices to be included.

Parker said she wants the city to take off and not be in the shadow of Dallas anymore. 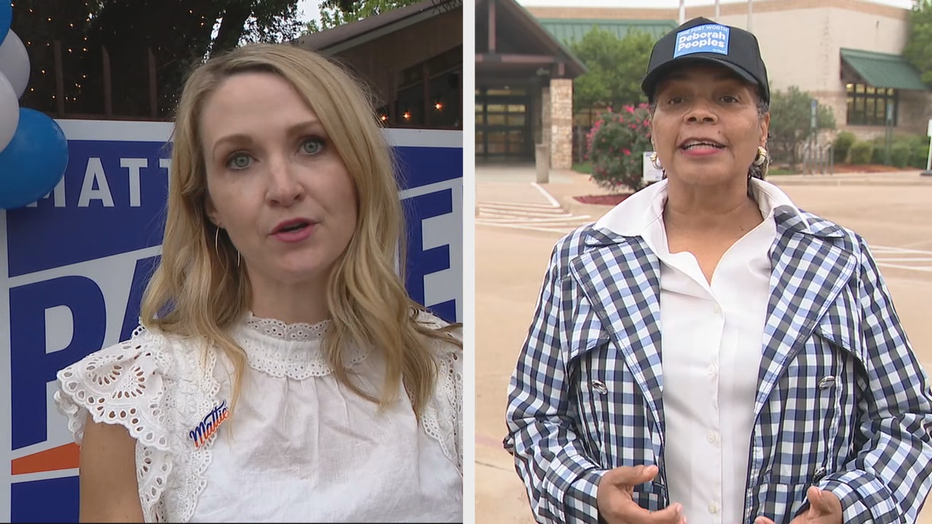 "It’s the economy, it’s the world class infrastructure, it’s education for every neighborhood, and offering growth and opportunity for all residents and cutting that red tape that is there," Parker said. "Back to working together, being consensus builders because that is the number one job as a mayor."

Fort Worth is now the 12th largest city in the nation, bringing many public safety issues to the forefront for these two candidates.

Mattie Parker elected as next Fort Worth mayor

Voters have chosen who the next mayor of Fort Worth will be. Good Day talks to Mayor-elect Mattie Parker about her big win.