Fort Worth voters will choose a new mayor on Saturday.

FORT WORTH, Texas - Fort Worth voters will choose a new mayor on Saturday.

Deborah Peoples and Mattie Parker spent the final full day of campaigning and meeting with voters.

It’s down to the campaign’s final hours for the Fort Worth mayoral candidates.

After numerous debates, the two candidates are in the final stretch of a race to be decided in a run-off election on Saturday. 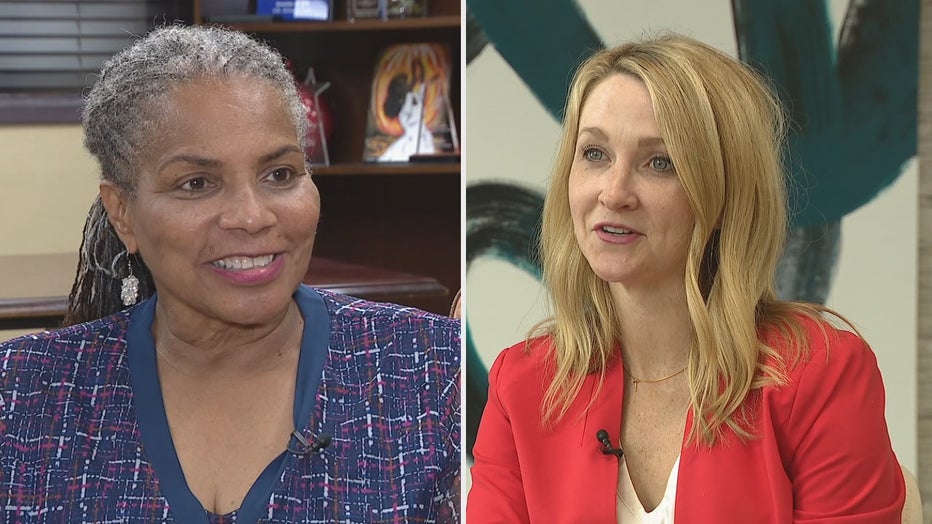 "One of the reasons I think we came in first on May 1 is because of the work I have done in communities, the track record I have built up," People said.

"Overall, we feel optimistic about our reach, making sure we’ve reached every pocket of voters in the city to get them interested in our vision for Fort Worth," Parker said.

Parker is an attorney and a political newcomer whose experience includes the chief of staff position for outgoing Mayor Price. She has the endorsements of Price as well as Gov. Greg Abbott. On election eve, meetings, answering emails and connecting with voters are on her agenda.

Peoples, a former executive with AT&T and the former chairperson for the Tarrant County Democratic Party, says she is most content walking the neighborhoods on this final day before the polls open. Both are optimistic about tomorrow’s turnout.

"We are seeing unprecedented numbers for this election. We are on pace to possibly surpass what we had in the first round of this election," Parker said. "I keep using the term it’s go time in Fort Worth. What I mean by that is how can we really catapult to the next level now as the 12th largest city in the country in a really positive energetic manner."

Both campaigns feel they have solid support and are extremely optimistic. The polls are open from 7 a.m. until 7 p.m.