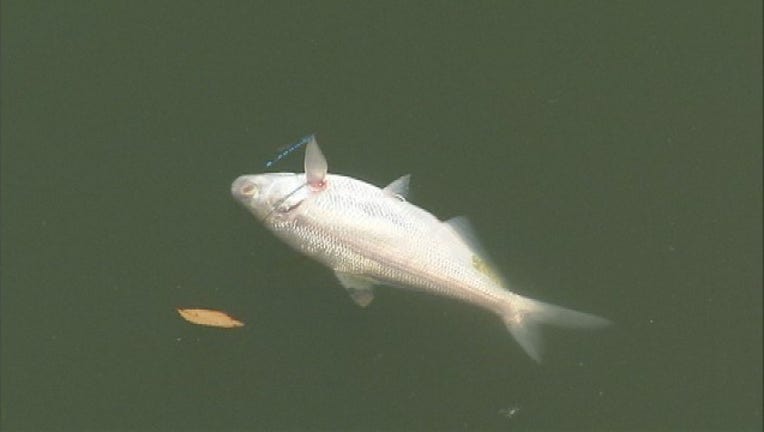 Recent flooding has led to some smelly and unsightly consequences in Irving.

Numerous dead fish have been seen floating in Lake Carolyn in Las Colinas along with a strong stench from an overflow of sewage pipes.

Officials said rainfall damaged the Trinity River Authority treatment plant south of town and reduced its capacity. That's causing an overflow of sewage pipes and the water has nowhere to go but Lake Carolyn.

Crews have been working around the clock to clean up the mess and divert the sewage away from the lake.

"Yeah, they've been working hard. There have been 10 to 12 men out here every day on boats and on the shore cleaning up fish and bags and bags of dead fish being taken away," said resident Kim Jaggard, who lives near the lake.

The city hopes to have a bypass line functional soon.

The Trinity River Authority treatment facility said it may be weeks before its operations return to normal.